Mary Trump: The president 'gaslights himself' -- and is stuck believing there's no way he could have lost 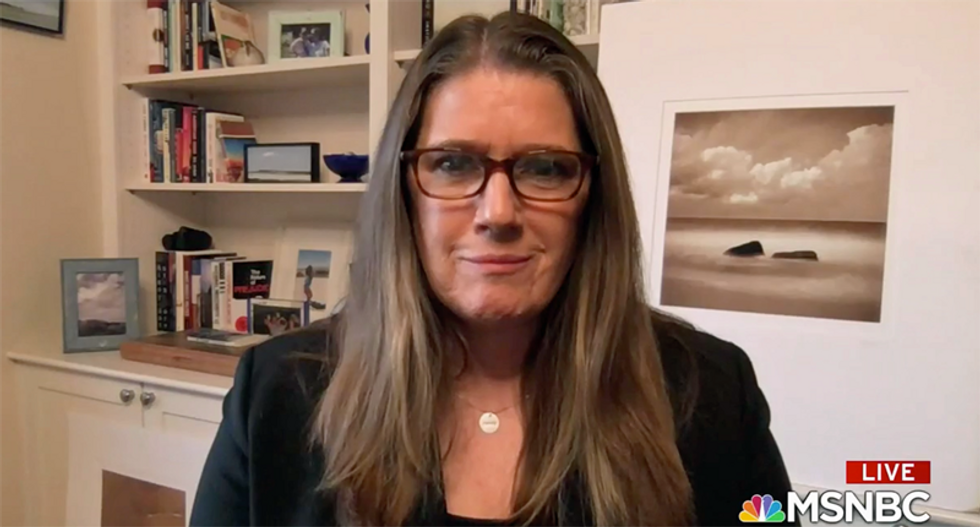 President Donald Trump's niece Mary, a psychologist, explained that her uncle might be gaslighting himself at this point in his post-election psychosis.

Speaking to CNN's Don Lemon on Wednesday, Dr. Trump said that the president has convinced himself of his own reality and stuck on the first four stages of denial.

Lemon noted that it doesn't appear any Republicans, staff, or family are willing to reinvent Trump while he continues to dispute the election.

"Do you think he believes that, or he's pulling a thing here, so people think he's a fighter? He's got to pay off campaign debts and so on," asked Lemon.

"As is often the case with Donald, I think both things can be true on some level at the same time," Dr. Trump said. "He gaslights himself, which is kind of a fascinating thing. You know, he understands what the truth is, but he lies about it to such a degree that it's not just other people he starts convincing. Plus, as I said, he's being so enabled, people are giving him hope with these frivolous lawsuits and by still listening to him by blocking the Biden administration at every turn."

She called her uncle's behavior "so desperate" and said that it isn't just that the president is trying to grapple with his loss. He's "trying to get beyond that to sow a future in which he's somehow retaining power."

At the same time, she said he's also facing potential prosecutions and won't have the protection of the White House or Bill Barr's Justice Department. "So, he's even more tied into this idea that it can't possibly be the case that he lost."

Dr. Trump also said that she thinks the president is trying to sabotage the incoming administration, but it isn't for any specific purpose.

"Donald does not strategize," she explained. A sentiment New York Times reporter Maggie Haberman reiterated about the president. "I believe other people around him are coming up with strategies to either give him a chance in 2024 or to get as much as they can out of his remaining few days in power. But Donald himself is just ventral."

Lemon wondered if she meant that Trump can't help himself. She agreed, saying that Trump is incapable of doing what's right for the country.

"He's not most people," Dr. Trump explained. "He's worse than most people. He's damaged in a way most people are not damaged because, you know, it's not just the fact that undermining the incoming administration is bad for democracy or making people doubt the legitimacy of the election is dangerous to our system. It's that by dragging his feet, by being such a sore loser, he is continuing to put American lives in danger every day. It's despicable."

Watch the fascinating conversation below: