Massive Hurricane Eta continues to intensify ahead of landfall 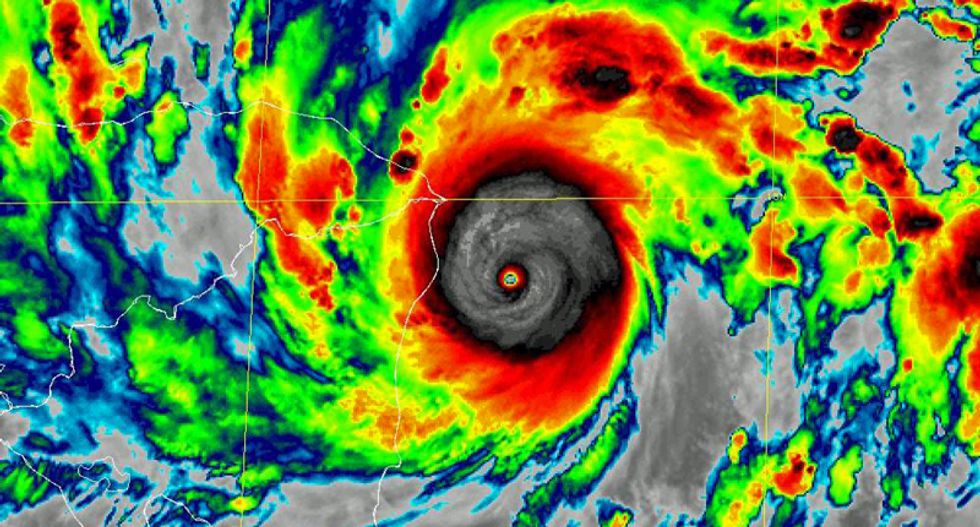 Hurricane Eta continued to grow and expand Monday evening after being upgraded to an intense Category 4 hurricane earlier in the day. Meteorologists at the National Hurricane Center in Miami are watching closely to see if Eta will continue its course to potentially becoming a Category 5 "monster" as it barrels toward Nicaragua. The Hurricane Center is warning of "catastrophic wind damage” near where the center crosses over the coast, along with a “potentially catastrophic and life-threatening storm surge” as high as 12 to 18 feet above normal tide levels. Winds in the eyewall upon landfall could gust above 150 mph.

The government of Nicaragua has begun evacuating coastal residents in advance of the impending storm, officials issuing a rare red alert through their System of Prevention, Mitigation, and Warning of Disasters. Hardest hit will be Puerto Cabezas, home to more than 60,000 people. Many were already packing up early Monday, The Washington Post reported.

In addition to Nicaragua being in its path, Eta is expected to cause severe flash and river flooding, along with landslides in portions of Central America, including Honduras, Guatemala and Belize. A threat of heavy rainfall is extended to Jamaica, southeastern Mexico, El Salvador, southern Haiti, and the Cayman Islands.

In addition to Hurricane Eta, nine storms have rapidly intensified in the Atlantic this year alone.

SmartNews Science
Report typos and corrections to: corrections@rawstory.com.
Like this article ? Text `Support` to 50123 to donate.
READ COMMENTS - JOIN THE DISCUSSION