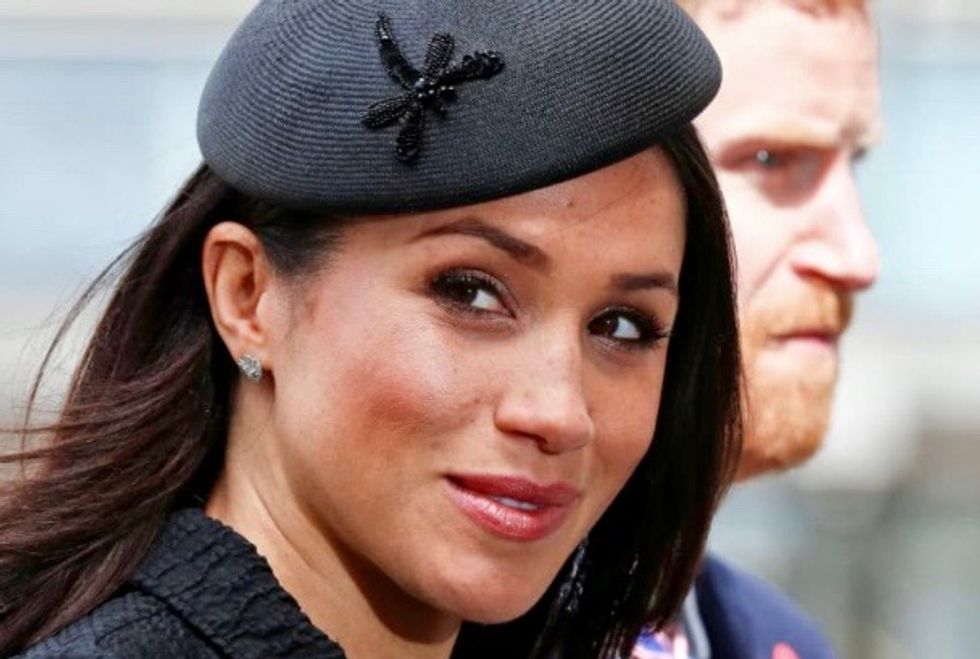 Meghan Markle has revealed she suffered a miscarriage in July this year, writing in the New York Times on Wednesday of the deep grief and loss she endured with her husband Prince Harry.

The Duchess of Sussex, who married the British prince in 2018, had the couple's first child, Archie, the following year.

In the piece in the Times, the 39-year-old wrote that she had just changed her son's diaper when she felt a sharp cramp and fell to the ground.

"I knew, as I clutched my firstborn child, that I was losing my second," she wrote.

Writing of the "unbearable grief" of miscarrying a child, Markle said it was a conversation that remained "taboo, riddled with (unwarranted) shame, and perpetuating a cycle of solitary mourning."

Touching on the coronavirus, the Black Lives Matter movement, and the recent turbulent presidential election, the Duchess of Sussex nevertheless offered a message of hope.

"For the first time, in a long time, as human beings, we are really seeing one another."

Markle -- whose mother is black -- also wrote of the death of Breonna Taylor, as well as the killing of George Floyd, an unarmed African American killed in police custody.

"Loss and pain have plagued every one of us in 2020, in moments both fraught and debilitating."

Markle's highly personal piece comes as she and her husband wage an increasingly public war with some media outlets over their right to privacy.

But it carries with it the shadow of a previous royal bride -- Harry's mother, Diana, Princess of Wales.

Pressure from tabloids has dogged the British prince throughout his life, and he blames them for the death of his mother.

Diana, whose treatment by the royals is shown in the fourth season of Netflix's hugely popular "The Crown", also reportedly suffered a miscarriage in 1983 at Balmoral.

Harry and Markle shocked the British establishment when they announced they were retiring from royal life.

Their withdrawal in March came after reports Markle was deeply unhappy with life inside the royal family and fed up with media intrusion.

The couple, who live with their young son in California, signed an exclusive production deal with Netflix for an undisclosed fee earlier this year.

Markle wrote that in July she realized -- as she was comforted by Harry in hospital following the miscarriage -- that "the only way to begin to heal is to first ask, 'Are you OK?'"

Between ten and 15 percent of known pregnancies end in miscarriage, according to the US mother and childcare non-profit March of Dimes.

"Some have bravely shared their stories; they have opened the door, knowing that when one person speaks truth, it gives license for all of us to do the same," Markle said.

Her opinion piece comes after model and author Chrissy Teigen spoke candidly this year about a stillbirth that she and her husband, the singer John Legend, suffered.

Teigen published intimate pictures of the tragic moments after the infant, who they named Jack, died.

The unvarnished post attracted praise and criticism in equal measure, but Teigen was unrepentant about her decision.

"I lived it, I chose to do it, and more than anything, these photos aren't for anyone but the people who have lived this or are curious enough to wonder what something like this is like," she wrote.

"These photos are only for the people who need them."

Markle's use of the New York Times to speak about her miscarriage has echoes of Angelina Jolie's 2013 op-ed in which she revealed her decision to have a preventative double mastectomy.

Jolie, who was married to fellow Hollywood A-lister Brad Pitt at the time, said she chose to reveal her decision "because I hope that other women can benefit from my experience."