Megyn Kelly stands up for racists: Fight back 'if you're white and just let somebody berate you' 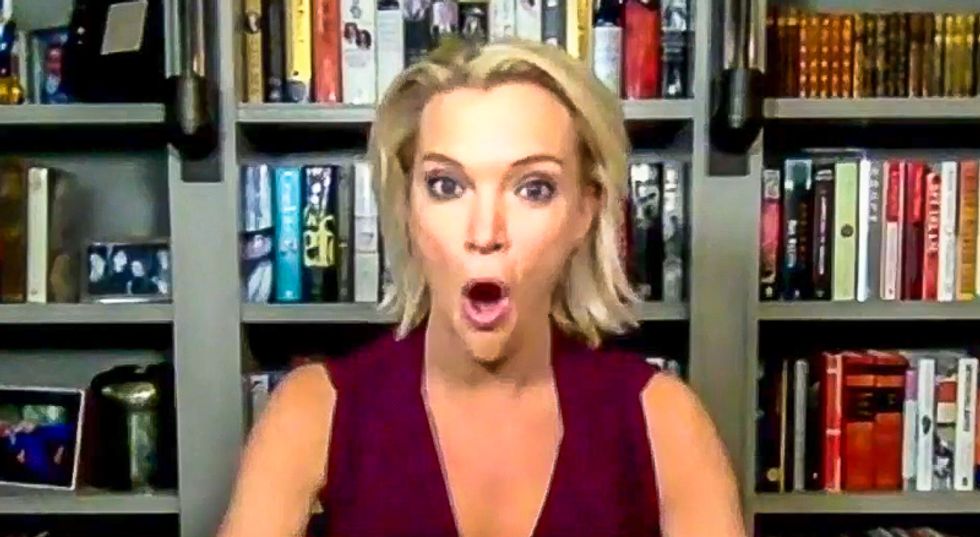 Kelly made the remarks while appearing on Sinclair's America This Week with host Eric Bolling.

"All of the sudden they want unity on the left when they've spent the last four years calling everyone who's a Trump supporter misogynists or homophobic or xenophobic or bigoted or the list goes on and on," Bolling prompted.

"Let's get real. When you tell 71 million Americans they're racists, bigots, homophobes, transphobes and sexists year after year, you're going to make enemies lists of anybody who supported Trump, they're not really feeling unified with you," she said.

According to Kelly, liberals "think you're a white supremacist if you're white."

"The only thing you can try to do is be less white," she complained. "So that's who you are dealing with. You cannot listen to these people call names anymore. I think the average Americans get very jarred when they hear these nasty terms, which are meant to silence you."

Kelly argued that the "only real choice you have is to stand up not be silenced and not think you have to unify with the people who have been calling you the awful thing and trying to shut you up."

"They are threatening people's jobs!" she exclaimed. "They're going to stop corporate America from hiring you."

In one case, Kelly claimed that book publishers were being asked not to support authors who enabled Trump.

"And at the same time unity," she said sarcastically.

"Isn't that kind of the same thing as racism?" Bolling asked. "If you group a whole group of people the same way, that may not be racist -- or whatever 'ist'. They are doing the same thing."

"That's the same thing!" Kelly agreed. "They are trying to silence you. Maybe they are just that vindictive."

"They are trying to find a way to scare that 71 million into silence," she said. "It's about what you stand for. You know, do you want Joe Biden to reintroduce critical race theory mandatory sessions in your federal agencies. You know, DHS and Treasury and elsewhere, where you're told you just have to sit in the silence of your racism if you're white and just let somebody berate you."

Kelly concluded by lashing out at "woke B.S.": "That's the crazy cancel culture that -- again -- the established left is pushing is worth fighting against."