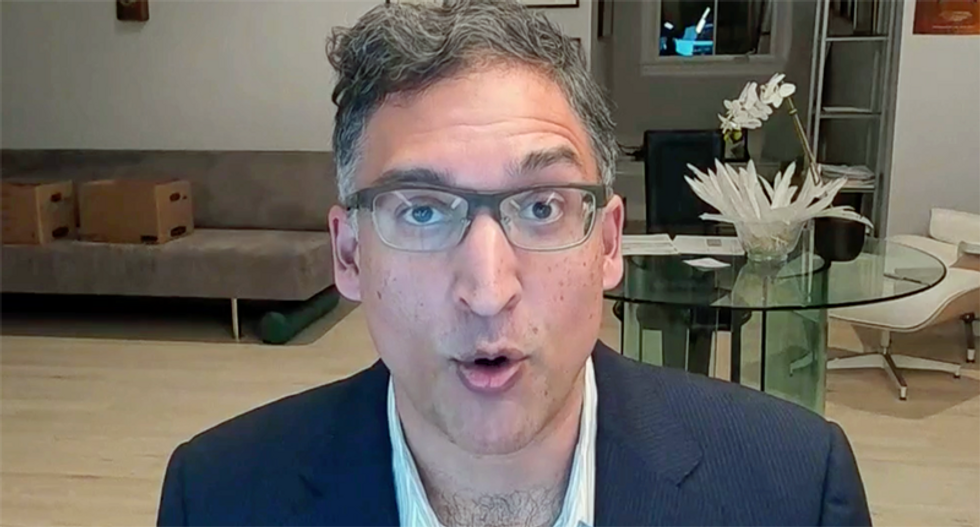 Prominent lawyer Neal Katyal is best known for having tried over 40 cases before the United States Supreme Court and serving as acting Solicitor General during the Obama administration.

But he also has spent more than two decades as a law professor at Georgetown.

He drew upon all of that experience for a Monday evening appearance on MSNBC's "The Last Word" with Lawrence O'Donnell.

"Someday a law school class is going to be called 'The Worst Mistakes in Court' -- and it will be just about these 20 days," Katyal predicted. "Because this legal strategy is so pathetic it makes Trump's coronavirus strategy look competent by contrast."

"I can't find a single thing in the 20 days he has done -- Trump or his legal team -- that's right. Not a single thing. It started at Four Seasons Landscaping -- that was like his best move and it has gone downhill ever since. Frivolous lawsuit after frivolous lawsuit," he argued.

"I mean, this is really truly the worst group of -- this is the worst legal strategy I have ever seen in any case anywhere," Katyal said. "It is pathetic, start to finish."