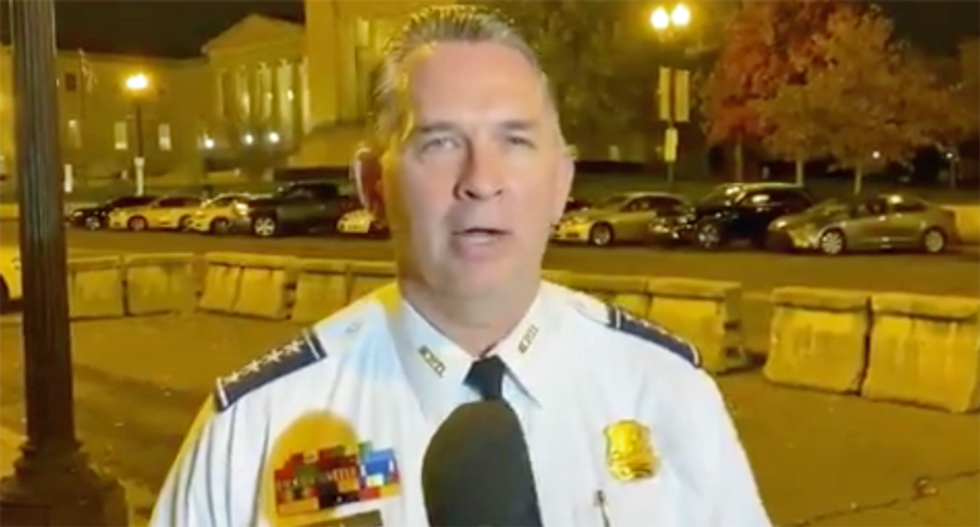 The Republican mass delusion that President Donald Trump won the 2020 presidential election will come to Washington, DC this weekend.

"A cluster of far-right extremists including neo-fascists, white nationalists and militia members are expected to descend on Washington D.C. Saturday, amidst President Trump’s refusal to accept his loss to Democrat Joe Biden in the 2020 election," the Southern Poverty Law Center (SPLC), which monitors hate groups, reported Thursday.

"Far-right turnout could be significant. Pro-Trump protesters have already arrived in the thousands at so-called Stop the Steal events, even those staged in smaller cities like Harrisburg, Pennsylvania. Pro-Trump figures have been promoting the D.C. event for over a week. The Saturday event also coincides with Trump and his allies espousing increasingly anti-democratic views about his loss," SPLC reported. "The D.C. protest appears to have three titles, all of which appear to represent the same protest: 'Million MAGA march,' a name b*st*rdizing Louis Farrakhan’s 1995 Million Man March in Washington; 'Stop the Steal;' and 'March for Trump.'"

"Street brawlers are also expected to attend. Members of the violent neo-fascist group the Proud Boys published a virtual flyer on the right-wing social media website Parler on Tuesday, urging members to attend. Trump infamously suggested that The Proud Boys “stand back and stand by” during a contentious televised debate with Biden held at the end of September," SPLC noted.

DC police are worried about people bring firearms to the rallies.