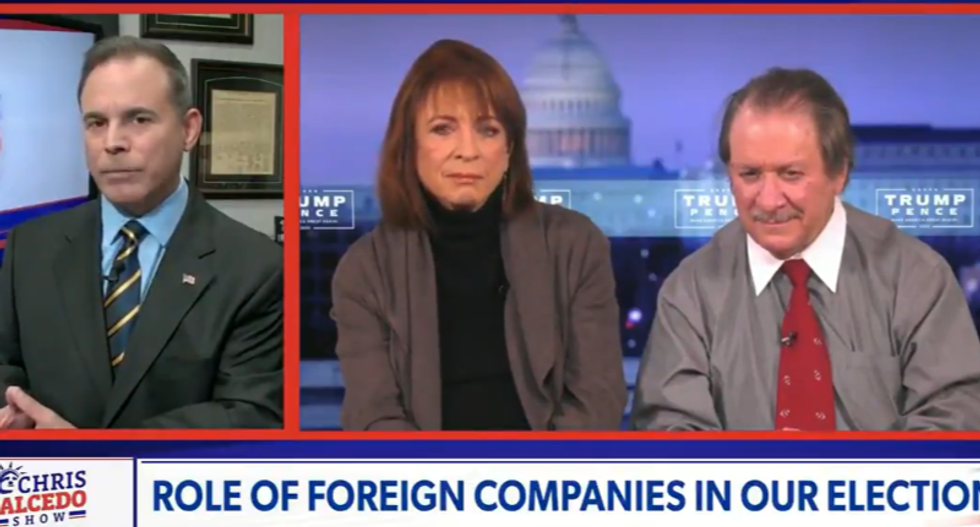 On the far-right Newsmax TV, talk show host and self-described "Liberty Loving Latino" Chris Salcedo suggested that he has been approached directly by people in foreign governments who are alleging "massive voter fraud" in the U.S. election.

"Now, I want both of you guys to comment on this, because we learned today — a lot of Americans are probably learning this for the first time ... about how our votes are — how much foreign countries play a role in tabulating our votes, which is insane! But a lot of those journalists for the first time, we're hearing this reality today. Even the Chris Salcedo Show is being reached out to by individuals in foreign governments, claiming that these foreign governments have knowledge of this mass, massive voter fraud in the U.S. election."

Salcedo went on to posit a "hypothetical" in which a foreign government with a "dossier" on election fraud against Trump blackmailed Joe Biden into working against U.S. interests.

The Trump campaign has so far been unable to produce any evidence of wide-scale fraud as they dispute the results in Arizona, Georgia, Michigan, Nevada, Pennsylvania, and Wisconsin.

??? A Newsmax host says that he's been in communication with foreign governments that are trying to contest the r… https://t.co/bJXfXqwCFQ
— John Whitehouse (@John Whitehouse)1605824693.0