Newsmax is siphoning Trump fans away from Fox – but its pundits don’t ‘actually believe what they're saying’: ex-GOP aide 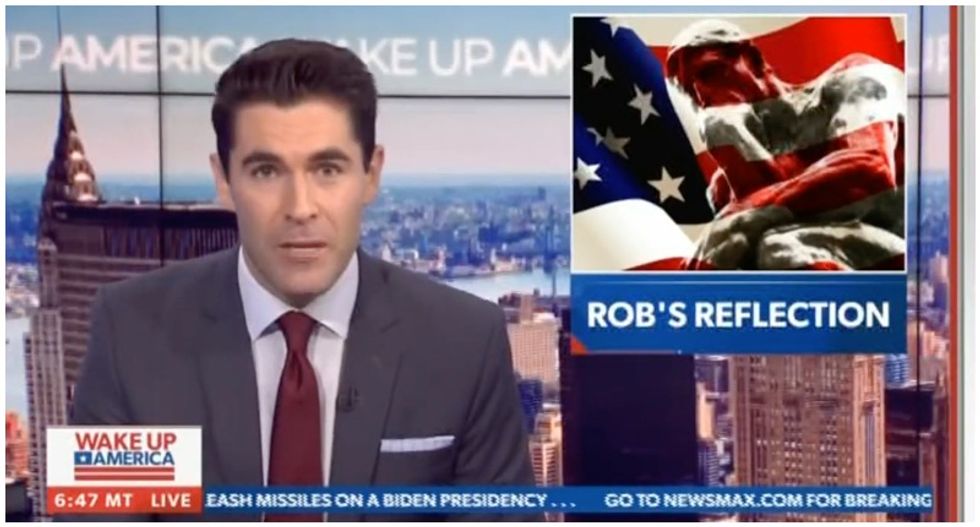 After consistently dominating the cable news market for over a decade, Fox News is seeing a new threat on the horizon.

While Fox News has been a boon to Donald Trump's presidency, some of network's personalties' willingness to cast doubt on his voter fraud claims has alienated a core segment of Fox's viewer base, and the burgeoning media outlet Newsmax hopes to capitalize on that resentment, NPR reports.

"As the campaign season crested into Election Night and the days that followed, a million people started to tune into Greg Kelly's show on Newsmax each evening," writes NPR's David Folkenflik. "That's 10 times the audience the former Fox host drew earlier in the year, though it has declined somewhat. Other Newsmax hosts have seen similarly steep ascents."

While Fox News' rating still dwarf those of Newsmax, Fox has been hurt by Trump promoting Newsmax in his Twitter feed along with the loss of viewers over its election coverage. According to Newsmax host Greg Kelly, Fox News is currently undergoing "something of an identity crisis."

"They're not very supportive of the president these days - they seem to be bending over backward to hurt him," he said.

In contrast, Newsmax chooses to double down on Trump's conspiracy theories and unsubstantiated claims about the election.

"Really, it is just an audio/visual extension of Trump Twitter," said Kurt Bardella, a former Republican congressional staffer and spokesman for Breitbart News turned anti-Trump activist. "There's no question that this is 100 percent opportunistic. I don't believe that the majority of people who are part of Newsmax actually believe what they're saying. They just see it as an opportunity to get an audience so that they can make more money."

Read the full report over at NPR.