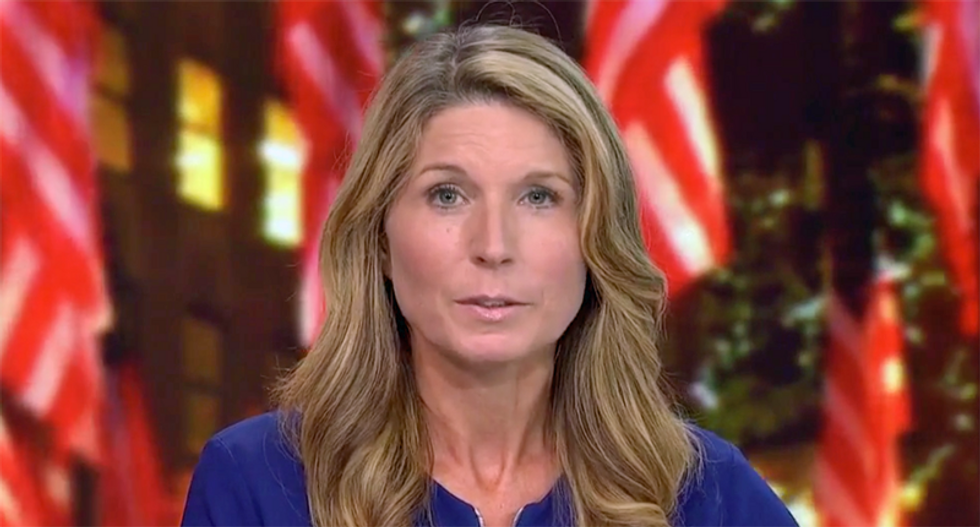 Rachel Maddow, Nicolle Wallace and Joy Reid appeared Wednesday night on MSNBC's The Reid Out to discuss the 2020 presidential election and whether or not President Donald J. Trump would  concede to Democratic candidate Joe Biden if the electorate reached the 270 threshold.

Wallace said, "...at the end of the day it looks exceedingly likely they [the Biden campaign] will get more than what they needed and this country’s about to have a change in leadership, and I think that’s just, you know, plan the parade kind of headlines. And I will tell you, on the part of both campaigns, Democrats think that Joe Biden went out today and made his first statement as a president-elect and Republicans are already talking about what Donald Trump will and will not do during the transition."

Wallace expanded on that subject next.

"One source is telling me that if Donald Trump loses the way it looks like he might lose after some sort of protracted legal effort, that he might be the kind of president who doesn’t want to engage in any of the transition activities, like inviting Joe Biden over for that chat in the Oval [Office] or even attending an inauguration. So the conversations inside both camps have moved on to the transition."