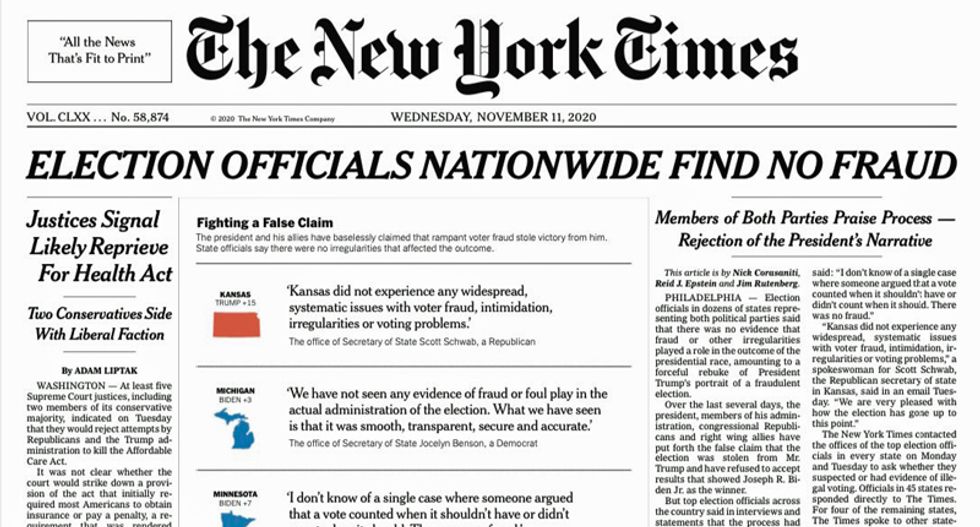 President Donald Trump will awake on Wednesday to a brutal banner headline in The New York Times.

"Election officials in dozens of states representing both political parties said that there was no evidence that fraud or other irregularities played a role in the outcome of the presidential race, amounting to a forceful rebuke of President Trump’s portrait of a fraudulent election," the newspaper reported.

"Over the last several days, the president, members of his administration, congressional Republicans and right wing allies have put forth the false claim that the election was stolen from Mr. Trump and have refused to accept results that showed Joseph R. Biden Jr. as the winner," The Times explained. "But top election officials across the country said in interviews and statements that the process had been a remarkable success despite record turnout and the complications of a dangerous pandemic."