President Donald Trump's new favorite "news" network, OAN reported that Dominion Voting Systems may have been behind an effort to switch as many as 435,000 votes from Trump to President-elect Joe Biden.

In the OAN report, host Lilia Fifield alleged that electronic voting machines were discovered to have deleted millions of votes for Trump. She cited an "unaudited analysis of data obtained from Edison Research."

“The author also finds another 2.7 million Trump votes appear to have been deleted by Dominion, including almost 1 million Trump votes in Pennsylvania alone," said Fifield. "Analysts say the theft and destruction of votes are attributed to so-called ‘glitches’ in Dominion's software, and the extent to which this affected results can be verified by hand recounts of votes in each state.”

Raw Story reached out to Edison Research to confirm The Dispatch's report.

"I will tell you what I told them – We created no such report that OAN referred to and we are not aware of any voter fraud," said Edison Research President Larry Rosin.

A search for the story on OAN's website revealed that they deleted the report Trump cited before 5 p.m. EST. Trump has not yet deleted his tweet, however, nor has Twitter blocked it as misinformation about an election. 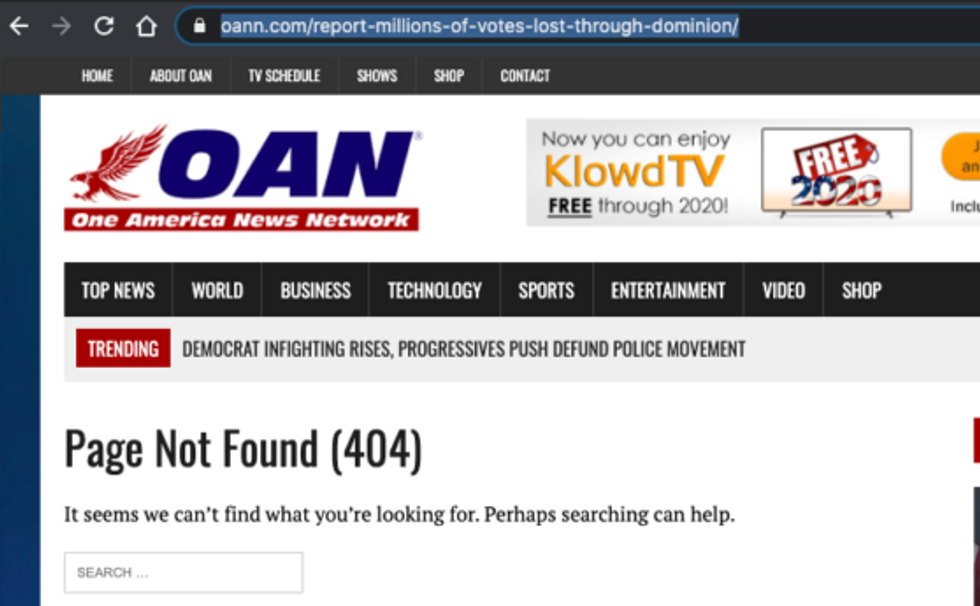 While OAN has deleted the tweet of the story, their retweet of Trump still appears on their timeline. It has over 193,000 retweets and nearly half a million "favorites."

You can read the full fact-check at The Dispatch.