'Oh honey, not EVERY Tuesday': Eric Trump roasted for telling supporters to vote one week after election 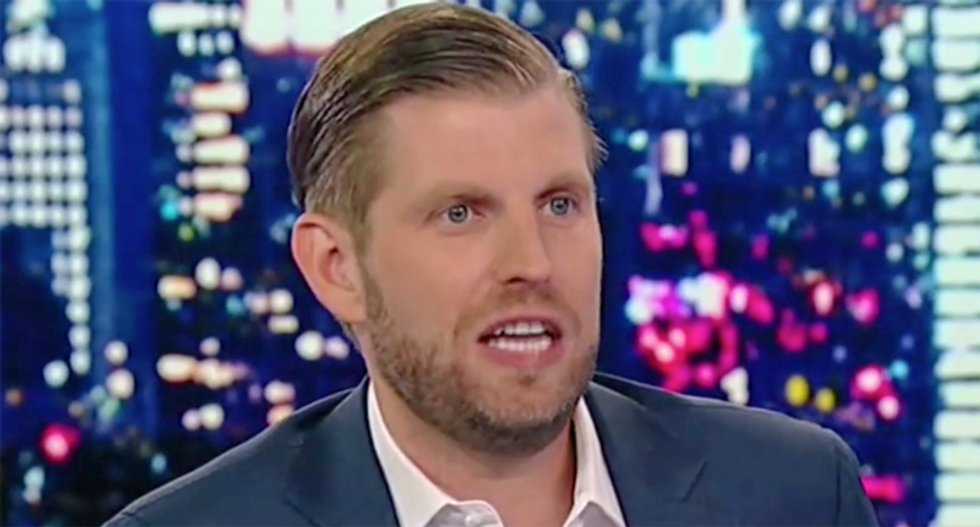 Eric Trump on Tuesday became the subject of brutal mockery after he published an apparently pre-scheduled tweet in which he encouraged President Donald Trump's supporters to go out and vote one week after the election had ended.

"Minnesota get out and vote!!!" Trump wrote in a tweet that was hastily deleted shortly after being published. 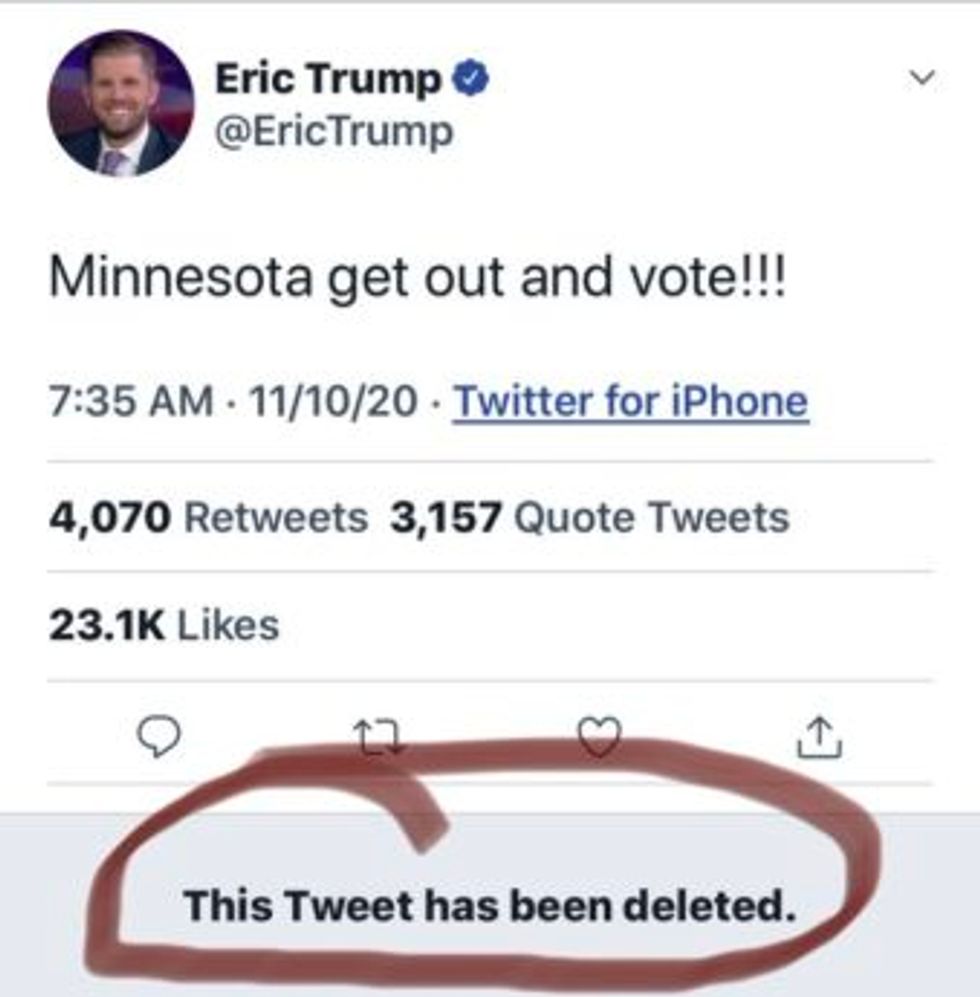 Trump's tweet was instantly ridiculed -- and many Twitter users reignited the debate over whether he or Donald Trump Jr. was the "dumber" Trump son.