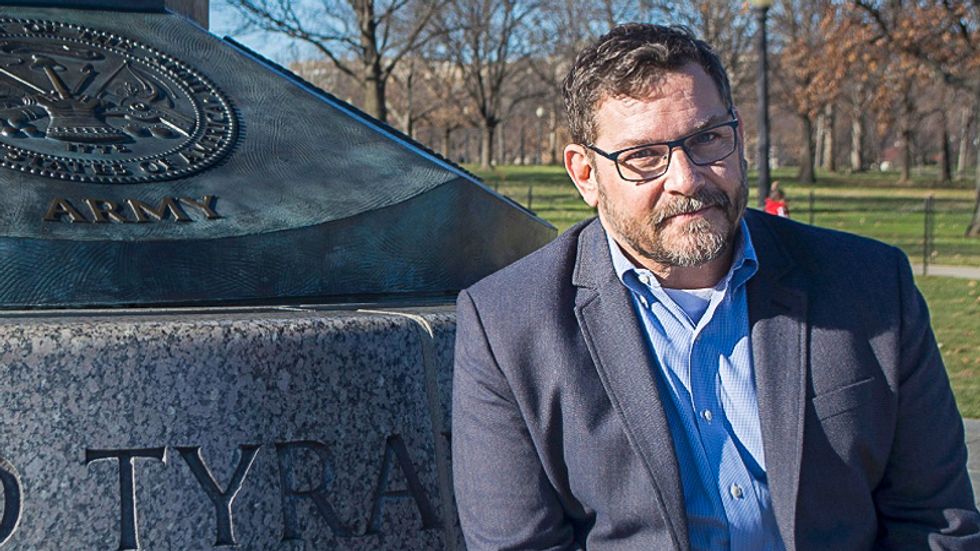 O'Grady, a former fighter pilot in the Bosnia conflict and the co-chair of Veterans for Trump, was allegedly angered because of a comment that Wellman made on one of his Twitter threads — ironically, a thread in which he demanded his critics say things "to his face."

The ASD for International Security Affairs office, which has been managed by various acting appointees since October 2018, is responsible for advising the Under Secretary of Defense for Policy on issues relating to Europe, Africa, and the Middle East, and oversees foreign military sales in these regions.

In June 1995, then-Air Force Captain O'Grady became a national figure, having evaded captors for six days in a forest near Bihac, in north-eastern Bosnia, after his F-16 warplane was struck by a Serbian missile during "Operation Deny Flight."

Ejected at an altitude of nearly 7,000 meters (23,000 feet), O'Grady suffered only a slight neck burn when he landed. He had meager food rations, but his training enabled him to survive in the forest without being taken prisoner, despite the intensive research carried out by the Bosnian Serbs.

O'Grady was finally rescued by a team of Marines in a risky operation under fire from missiles and small arms.

He recounted his adventure in his book, "Return with Honor," which became the inspiration for the 2001 Hollywood movie "Behind Enemy Lines" starring Owen Wilson and Gene Hackman.

O'Grady was awarded a Bronze Star and a Purple Heart for Valor upon return.

After 12 years and 67 combat missions, O'Grady left the military in 2001 and became "a successful author, speaker, spokesperson, investor, and entrepreneur," according to a brief Pentagon biography.

O'Grady was also one of the speakers at the 1996 Republican Convention in San Diego, California.

Having settled in Texas, he briefly ran for a seat in the state Senate in 2011 as a Republican.

With reporting from AFP.