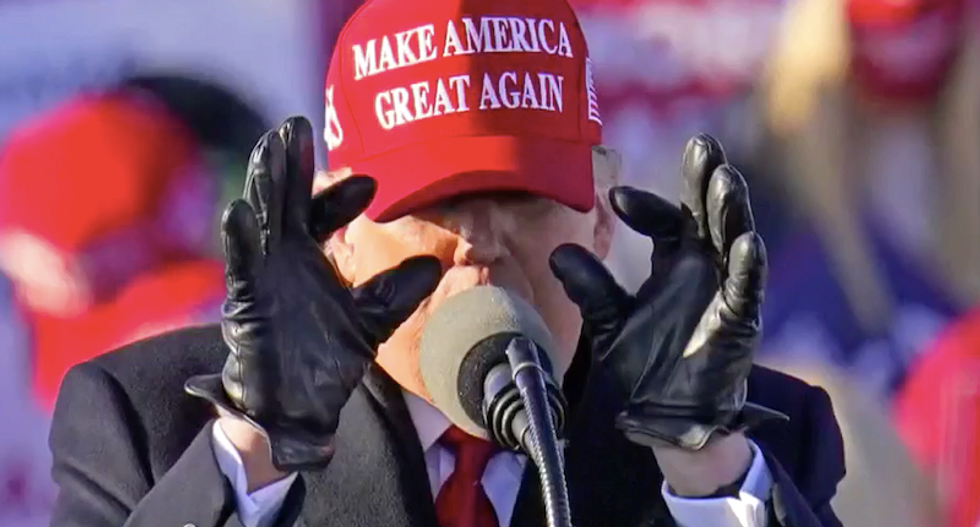 Writing in The Atlantic this Wednesday, Rachel Shelden contends that Republicans are finding themselves "boxed in" after enabling President Donald Trump's conspiracy theories about mass voter fraud in the 2020 election.

According to Shelden, the current situation Republicans face is similar to the aftermath of the 1860 election.

"Southern congressmen had spent years stirring up anger and promoting fear of their opponents, and were so successful that by 1860 they had lost control of their message," Shelden writes. "Abraham Lincoln’s election caused a mass movement among white southerners to leave the Union. Even though they knew that the claims being embraced by their constituents were conspiratorial and overblown, many southern members of Congress felt they had to get on board or be left behind."

Shelden writes that cynical public speech aimed at winning political power had consequences in 1860, and it will surely have consequences now.

"In 1861, those consequences included a four-year Civil War that claimed the lives of 750,000 people and nearly destroyed the American democratic experiment," she writes. "Thankfully, we’re still a long way from that today. But the experience of 1860 should serve as a warning of what can happen when political leaders deliberately inflame their supporters, trading short-term political gain for long-term ruin."

Pene Pati remembers his teachers at university telling him: "Don't be ashamed if you don't make it because a lot of Pacific singers won't." In fact, they added, no one from Samoa had ever become an opera star.

Pati's reaction? "Well, I'll be the first and I'll prove you wrong."

'The base is out for blood': GOP plots vengeance campaign against J6 committee

House Republicans are threatening a vengeance campaign against the Jan. 6 Committee if they retake the majority next year.

The select committee's public hearings have drawn millions of viewers and painted a damning portrait of Donald Trump's efforts to overturn his election loss, but Republicans to set up their own committees to target President Joe Biden if House minority leader Kevin McCarthy (R-CA) holds the gavel, reported Axios.

Lindsey Graham may not be able to use Senate immunity to avoid Georgia subpoena in Trump case: legal experts

Reacting to a report that Sen. Lindsey Graham (R-SC) along with several other supporters of former President Donald Trump have been served with subpoenas in Georgia over efforts to interfere with the 2020 presidential election results, two legal experts on CNN explained that the South Carolina Republican likely won't be able to fall back on congressional protections to avoid testifying.