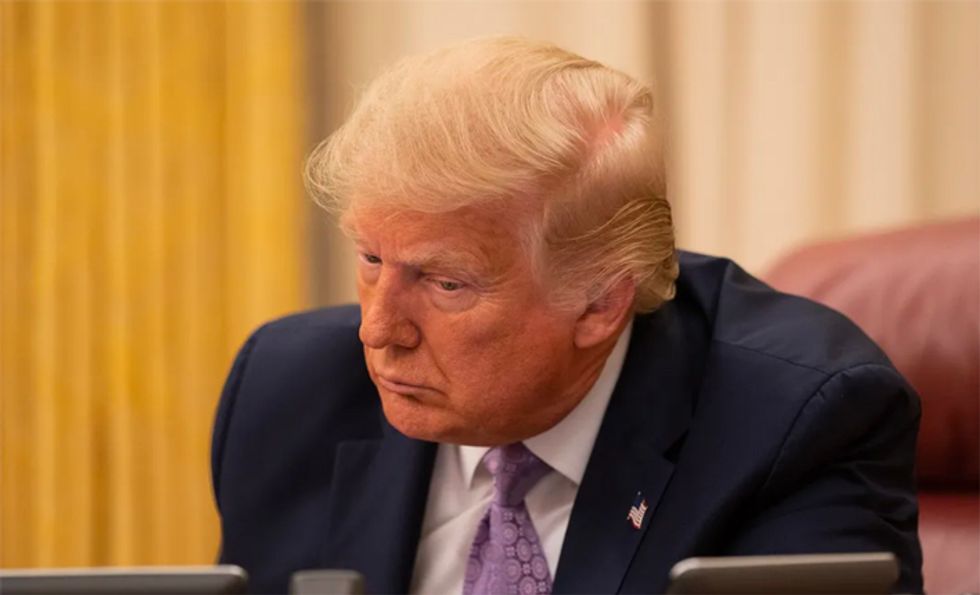 On Monday, POLITICO reported that even as President Donald Trump continues to sue over election results in battleground states and refuses to concede the result, Republican lawmakers and officials around the country are already jockeying to fill the power vacuum he will leave in the party.

To begin with, GOP higher-ups are already turning to the issue of the Georgia Senate runoffs, which will decide control of the chamber. "Florida Sen. Rick Scott is slated to make his first appearance later this week and South Carolina Sen. Tim Scott is also likely to travel there," reported Alex Isenstadt. "Former UN Ambassador Nikki Haley issued a pair of tweets over the weekend asking for help in Georgia. Donald Trump Jr. also took to his social media account to highlight the runoffs, and a spokesman for the younger Trump said to 'expect him to be very involved.'"

"Party officials predict that ambitious Republicans will use Trump’s lame duck period to rally the conservative base by going after President-elect Joe Biden and his cabinet nominees," continued the report. "Two potential 2024 contenders, meanwhile, are poised to take on leadership roles that will give them entrée to powerful donors. Rick Scott has launched a run for the chairmanship of the National Republican Senatorial Committee and Arizona Gov. Doug Ducey is expected to take the reins of the Republican Governors Association."

Meanwhile, the leadership of the Republican National Committee is itself up in the air.

"The party is gearing up for a January race for RNC chair; sitting GOP chairwoman Ronna McDaniel has yet to announce whether she’ll seek a third term, though she would likely be regarded as the frontrunner should she do so," said the report. "Ohio GOP chairwoman Jane Timken has also been mentioned as a potential candidate. And Republicans have buzzed about California party Committeemember Harmeet Dhillon, who took to Twitter Saturday to call for 'a hard family conversation about several specific rotting organizations and a class of mediocre but cunning grifters who control the establishment.'"