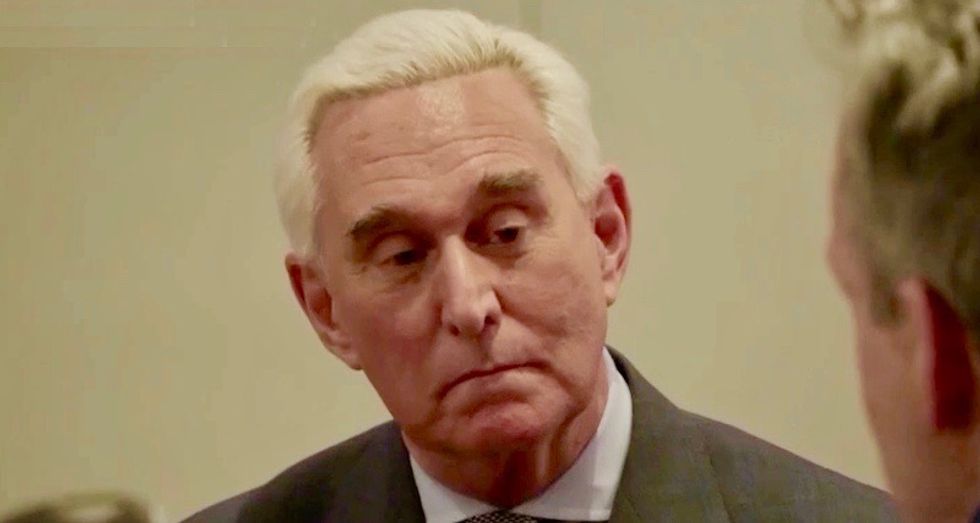 Roger Stone appears on The Circus/Screenshot

On Monday, BuzzFeed News announced that they had managed to get several previously redacted sections of information in former special counsel Robert Mueller's interviews made public as part of their extended court battle for information.

🚨BREAKING: @BuzzFeedNews and I and @EPICprivacy just got MAJOR sections of the Mueller report unredacted related to… https://t.co/9fZ48SiAU8
— Jason Leopold (@Jason Leopold) 1604356984.0

One of the now-unredacted pieces of information concerns President Donald Trump's former strategist Roger Stone, who was ultimately convicted of seven felonies — later commuted by the president — as a result of his conduct as federal investigators questioned him about his advance knowledge of the release of stolen Democratic emails through WikiLeaks.

According to the documents, Trump associate Jerome Corsi told investigators that Stone also had advance knowledge about the release of the "Access Hollywood" tape featuring Trump's boasts about assaulting women.