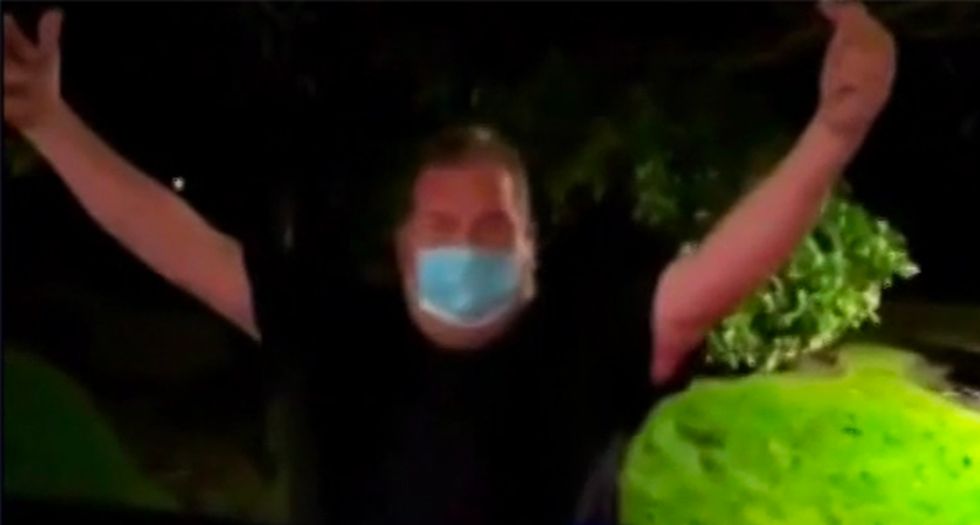 On Saturday, KING 5 News reported that a man from Sammamish, a suburb just outside Seattle, is apologizing after a viral video showing him shouting racist epithets at a Lyft driver.

"In the video, the man repeatedly yells at the driver, shouting racist terms at him," said the report. "The woman he's with — who is also recording — tells him to stop. The driver can be heard in the video telling the passengers to wear their masks. Towards the end of the video, the man threatens to urinate in the driver's car."

"I should have never said the things I said nor acted like a complete idiot," said the man in an email to KING 5. "He didn't deserve that. Nobody does. I had too much to drink and lost control of my tongue and I said horrible things that I truly regret."

According to the report, the man has been banned from Lyft, and both he and his female companion have lost their jobs.