'Seriously, what is wrong with you?': Meghan McCain faces backlash for error-filled election tweet 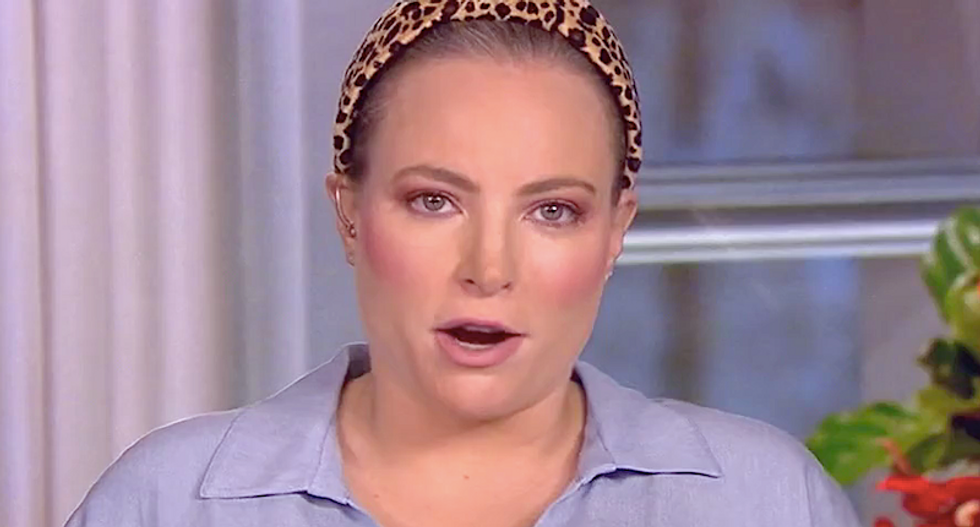 Meghan McCain took some heat for a tweet concerning what she called "illegal voting" that also referred to her professional history with Stacey Abrams. The tweet was later removed. The View co-host’s tweet contained at least two provable lies in addition to the misspelling of Stacey Abrams’ name, The Daily Beast reported.

“I’m not convinced Trump has a claim about illegal voting and ballots but I interviewed Stacey Abrahams [sic] like 8 times on @TheView the past few years discussing her ‘voter fraud’ and Hillary still hasnt [sic] conceded her election…” McCain tweeted, adding, “This narrative is one that has been full throttle.”

Responses flooded in with spelling corrections and history lessons for McCain after she claimed that former presidential candidate Hillary Clinton never conceded to then president-elect Donald Trump.

Clinton told supporters one day after Trump's 2016 victory, “Last night, I congratulated Donald Trump and offered to work with him on behalf of our country. I hope that he will be a successful president for all Americans. This is not the outcome we wanted or we worked so hard for and I’m sorry that we did not win this election for the values we share and the vision we hold for our country.”

“Seriously, what is wrong with you,” CNN political analyst and former Clinton White House official Joe Lockhart replied to McCain. “Hillary's speech was one of the most gracious and undeserved moments in our history. @theview is this the kind of stuff you guys want to be associated with?”

Former Vermont Governor Peter Shumlin tweeted, “This is a horrible take and a dangerous false equivalency.”