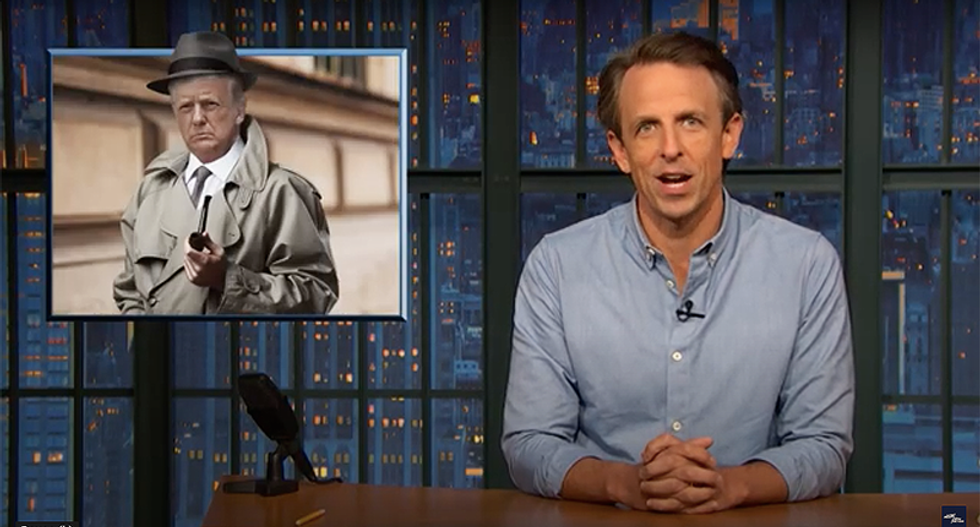 But Trump tried the same move in 2016 when he won the election but claimed that over 3 million people illegally voted.

"You look at all of these things happening with registration," said Trump in Jan. 2017. "You take a look at those registration (sic)-- you're gonna find, and we're gonna do an investigation."

"Well, we're gonna find out!" Trump said. "But it could very well be that much."

"When you say, 'in your opinion millions of illegal votes,' that is something that is extremely fundamental to our functioning democracy. A fair and free election," said Muir, before the media began to understand who Trump was.

"Sure, sure," Trump agreed.

"You say you're going to launch an investigation on this?" Muir asked.

"Sure. Done," Trump said. "We're going to launch an investigation to find out."

He appointed right-wing firebrand Kris Kobach to oversee the operation. There were no illegal votes ever found, much less 3 million.

"Surprise! He did not fight out," said Meyers. "Trump would be the worst private investigator. 'Sure, doll, I'll help you find your husband. Uh, is that him? Down there under that street lamp? No? Well, I'm out of ideas.' He should start a British detective series called 'The Trumpledown Mysteries,' and every episode would be him slowly revealing he's no investigating."

"Have you deducted who the killer is, inspector Trumpledown?" Meyers imagined the character asking.

"Uh, getting close," Trump would say. "Closer every day. Hearing some very, very bad things about the butler. Oh, we don't like the butler do we, folks? But we're probably, possibly, gonna have an answer soon because one thing we can all agree on, the countess is dead. Or not."

Meyers explained it's the same stunt with a different election. He built his entire political career on the racist conspiracy theory that former President Barack Obama was born in Africa.

"He was doing the same dumb investigative work back then too," Meyers said.

Watch the full video of the "Closer Look" segment below: