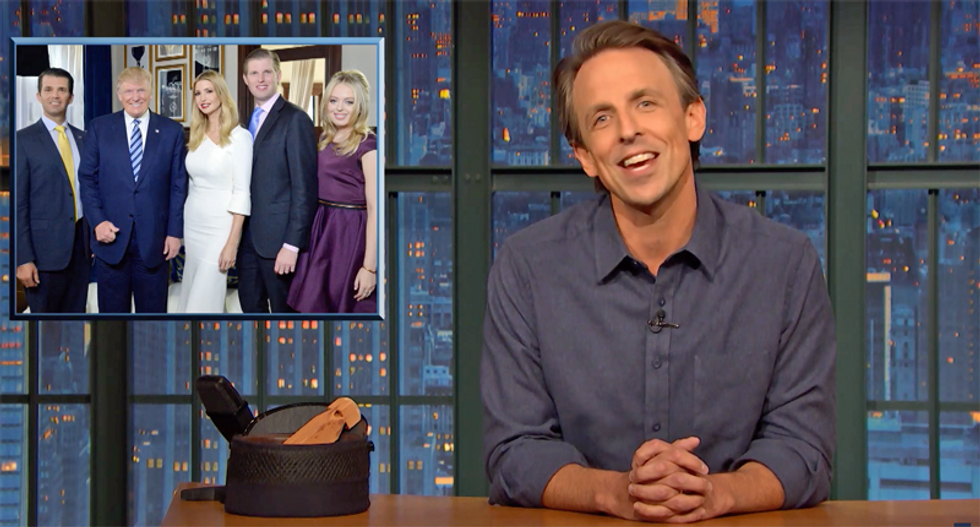 The host of "Late Night with Seth Meyers" reported on President Donald Trump losing the 2020 presidential race to Joe Biden.

"And now, nearly the entire Republican Party is in lockstep behind Trump as he tries to delegitimize and steal the election," Meyers said.

"On Saturday, all the major networks finally called the presidential election for Joe Biden," he said. "And I have to say, even I'm surprised at just how relieved I am that we don't have to suffer through another four years Donald Trump -- the single most annoying human being on the face of the earth."

"Even if you put aside everything else about him -- the racism, venality, cruelty, corruption, mendacity, vindictiveness and flagrant disregard for any life other than his own -- he is still just a world, historically irritating man," he explained.

"I mean, can you imagine living through another four years of having to see his sweaty, overcooked, ham of a face on your television every day?" he asked.