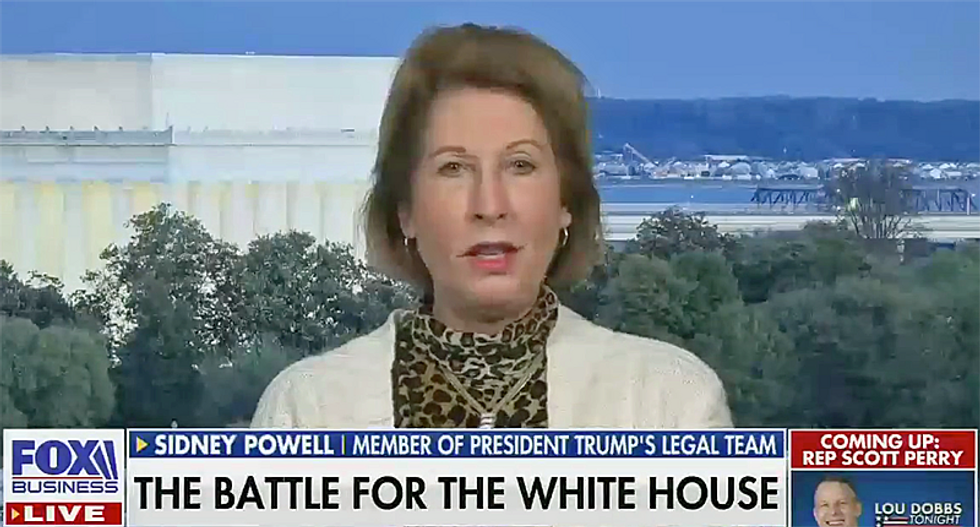 "If you want emergency relief it is very helpful to be as clear and concise as humanly possible," he explained. "Pointing the court back to your 100+ page complaint with its 29 exhibits isn't how that is best done. To put it very mildly."

"So we know that this is making a fraud allegation. And we know that it's swinging for the fences when it comes to the type and amount of fraud," he continued. "The question is whether they're swinging with a baseball bat or a pool noodle. And if they're playing the right sport."

He went on to say that if someone wants to get a court to stop something, there are a series of things that need to be done.

"This does very nearly one of those things, in that it almost asks the court to tell them to stop doing it. But that's the only one, so I hope there's more later on in this," he said.

"The first red flag comes from mail-in ballots dates. The voter records of the counties show that 96,600 mail-in ballots were voted, yet the county records show they were never received back," says the filing.

It prompted Dunford to ask how Powell and her team know that the dates are even correct and not data entry errors.

"There were 1.3 million absentee ballots. With about 6k in his 'impossible' bucket, that would be 0.5% with errors of some kind," he said. "Also, how is 2 days impossible? GA had, IIRC, drop boxes. Also - and the delay here was me first looking FOR, then looking at, [the] exhibit - I can't find any explanation for exactly what these three lines mean, let alone how that data was collected or analyzed."

Former Trump data guy Matt Braynard has all sorts of "data" that is being reviewed by Dr. William M. Briggs, Ph.D.

"Courts don't go googling stuff to fill in blanks," he explained, wondering why Braynard isn't good enough to be an expert. On the CV for Dr. Briggs, it says "Statistician to the Stars!"

"Also, I have to wonder why I'm not told *WHICH* Exhibit 1 I need - there's Exhibit 1 to the Complaint, and Exhibit 1 to this. They don't bother to distinguish. Asking for a motion like this to be heard on an emergency basis means you're asking the court to drop everything else and take care of you now. You really don't want to make them waste time trying to figure out what the everliving hell you are going on about," Dunford went on.

"Matt Braynard provided the data. We don't know who he is. We don't know what he does for a living. For all we know, he might be - AND PROBABLY IS - a literal circus clown. We know damn damn little about what data was collected or how," he noted.

Then there are the other experts. More of them aren't even named.

This is also an "expert witness" whose name and full qualifications they apparently want to keep from the defense a… https://t.co/zhum9caGVi
— Mike Dunford (@Mike Dunford)1606703198.0

"This is also an 'expert witness' whose name and full qualifications they apparently want to keep from the defense and only provide to the judge, if so required," Dunford explained. "That's Not. A. Thing. You cannot have an anonymous expert witness. Not how anything works."

You can read the full thread on his Twitter here.