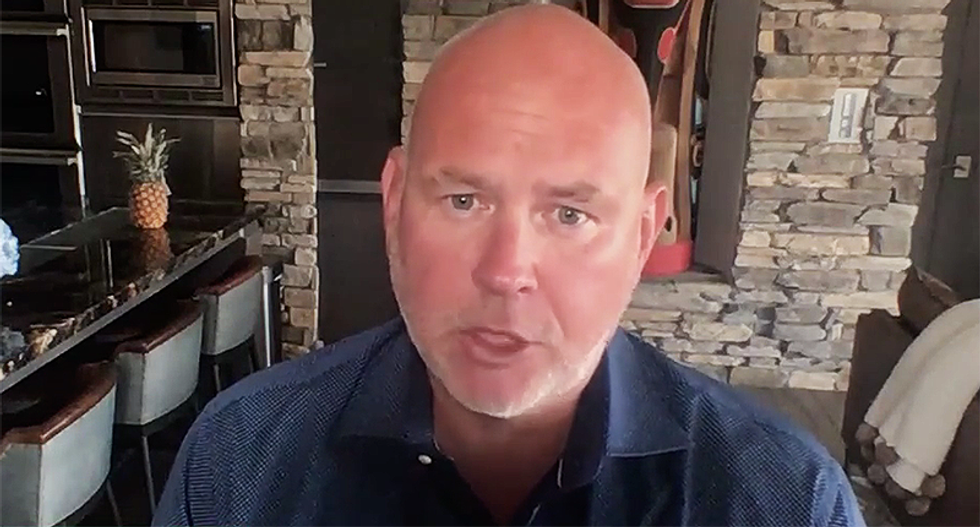 McEnany joined Republican Party chairwoman Ronna Romney McDaniel on Monday to complain about the election results and alleged that President Donald Trump was robbed and that illegal votes were cast. McEnany parroted Trump campaign talking points that Trump's people were banned from watching the votes being counted in Pennsylvania. It's a false allegation that Trump's own lawyers were forced to admit in court last week. Still, however, his people continue to spread the lie.

"Look, I'm happy [Neil Cavuto] did that, but he did not go far enough," said Schmidt. "Watching Kayleigh McEnany talk about honesty and transparency is an obscenity in this country. She's a serial liar with no credibility who is part of his regime that has done terrible damage to America. Neil Cavuto knows the answer. There is no widespread electoral fraud. It does not exist. And we have enough information right now at this moment in this space-time-continuum to understand that. So, we ought to stop saying that 'if there is evidence.' There is no evidence! Right? This is a fantasy. We're watching a conspiracy theory being woven in realtime."

He went on to say that every person in the country should be outraged that the president would be doing this.

"The capital dome was constructed in what might be the greatest act of optimism in the country's history," said Schmidt. "Lincoln insisted that it be built during the middle of the Civil War so there would be a temple under which the country's democracy could reckon create itself in the shadow of Arlington, the heroes that saved this country and Gettysburg and on Normandy and the Lincoln Memorial, the Washington Monument, the Jefferson memorial. Under that dome, we have members of Congress refusing to acknowledge the legitimacy of an election result who are complicit in the fabulism coming out of the White House, and we think it is okay for them to play politics."

He wondered how long it would go on, "days, a week, months where they poison the American policy with this B.S."

He said that it should be the last "outrage" as the president continues his assault on the rule of law, decency and common sense.

"This election, like the elections before it, was a free and fair election conducted across the states in the American people have rendered their verdict and they threw Donald Trump out on his ass," Schmidt closed. "And whether he liked it or not, too bad. That is the result. But to see senior leaders, elected to federal office in this Congress, who took an oath of office to the Constitution of the United States, playing games with this is a disgrace for the ages."