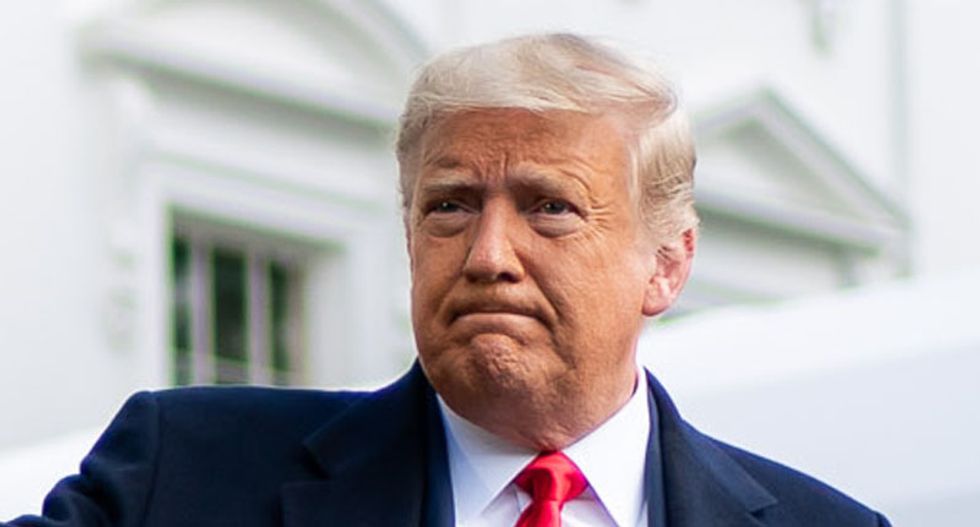 In one of their lawsuits filed in Pennsylvania, attorneys for President Donald Trump's reelection campaign argued that millions of votes should be thrown out — a move that Trump critics slammed as a shamelessly authoritarian attempt to overturn the will of Pennsylvania voters. But on Tuesday, November 24, the Electoral College results in Pennsylvania were officially certified — giving President-elect Joe Biden the Keystone State's 20 electoral votes. Conservative law professor Kim Wehle, in an article published by The Bulwark, slams the Trump campaign's efforts to overturn the election results in Pennsylvania as a total embarrassment and explains why, from a legal standpoint, they were so badly flawed.

In fact, Wehle — a Never Trump conservative who teaches at the University of Baltimore School of Law — argues that Trump's lawyers deserve to be "sanctioned for abusing the courts this way."

The attorney explains, "On Saturday, a federal district court judge issued a blistering dismissal of Donald J. Trump for President, Inc. v. Kathy Boockvar. The opinion is a lesson in elementary lawyering — a once-in-a-career missive that I assigned to my first-year law students on Monday, because it reads like a toddler's 'What's Wrong With This Picture' exercise for lawyers. No wonder that Chris Christie, who was a U.S. attorney before he was New Jersey's governor, called Trump's legal team a 'national embarrassment' in the wake of its dozens of legal failures."

Boockvar, who serves as secretary of the commonwealth in Pennsylvania under Democratic Gov. Tom Wolf, was named as a defendant in Donald J. Trump for President, Inc. v. Kathy Boockvar. On Saturday, November 21, U.S. District Judge Matthew W. Brann sided with Boockvar and dismissed the lawsuit.

"The plaintiffs in the lawsuit included the Trump campaign and two voters who claimed that their mail-in ballots were improperly disqualified," Wehle notes. "The Pennsylvania legislature extended vote-by-mail to all registered voters in October 2019…. The Trump campaign tried to ride the coattails of the individual plaintiffs, arguing that because their votes were disqualified, the campaign was entitled to throw out the election results altogether. But the individual voters weren't asking merely to have their two votes counted — they were seeking to cancel roughly seven million other voters' votes."

Wehle adds, "Of course, this 'mix-and-match' made no logical or legal sense to the judge. It also arguably crossed into the realm of sanctionable conduct, because lawyers can only ask federal courts to push existing law if their arguments are 'nonfrivolous.' These did not qualify."

A world of thanks to all 67 counties and all of PA’s dedicated election workers, for ensuring that every qualified… https://t.co/Sh1gPmEDvK
— Kathy Boockvar (@Kathy Boockvar)1606234795.0

Brann was downright contemptuous of Team Trump's lawsuit in Pennsylvania, writing, "In the United States of America, this cannot justify the disenfranchisement of a single voter, let alone all the voters of its sixth most populated state."

According to Wehle, "When asked by the Trump campaign for permission to amend their complaint again, the judge said no. Enough is enough, he likely figured. Perhaps in recognition of how weak their arguments are, Trump's lawyers only appealed that part of the opinion to the Third Circuit — which is likely to summarily back the trial court's refusal to allow a new round of pleadings."

Wehle concludes her article by saying, in essence, that anyone who thinks the U.S. Supreme Court will help Trump overturn the election results hasn't been paying attention.

"The chance that the Supreme Court will step in and ignore the facts, ignore the law, and ignore the governing procedural rules to snatch the election from Joe Biden and the American people and hand it to Donald Trump is zero," the attorney writes. "I suppose that's something to be thankful for this week."