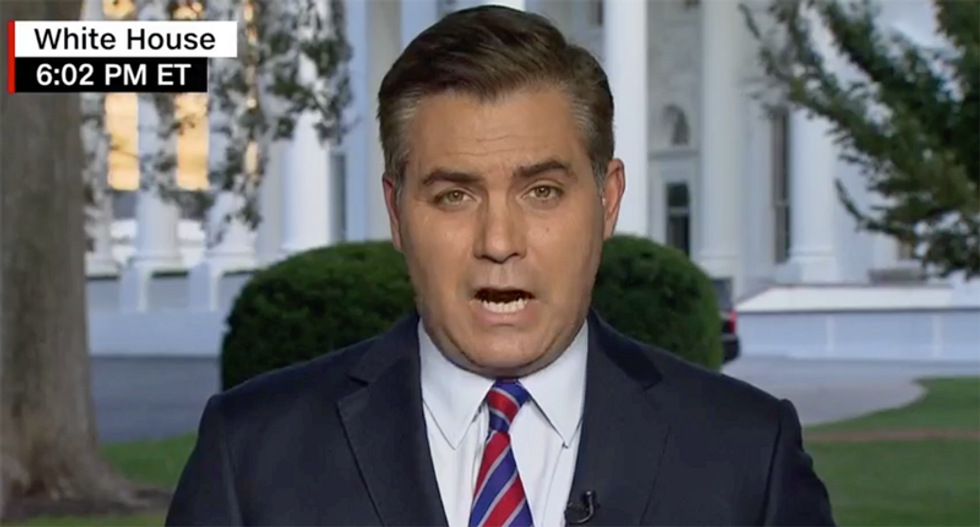 "I will tell you, covering this president over the last several days, this has got to be the ugliest closing message I have ever seen from a politician in my lifetime covering politics," said Acosta. "The president out on the campaign trail today in Scranton, Pennsylvania saying, Governor Wolf of Pennsylvania, we have people watching you, don't try to do anything foolish, we have eyes down. What kind of rhetoric is that coming from a president of the United States? Talking about how he could knock over Joe Biden over the weekend if he wanted to. And so on."