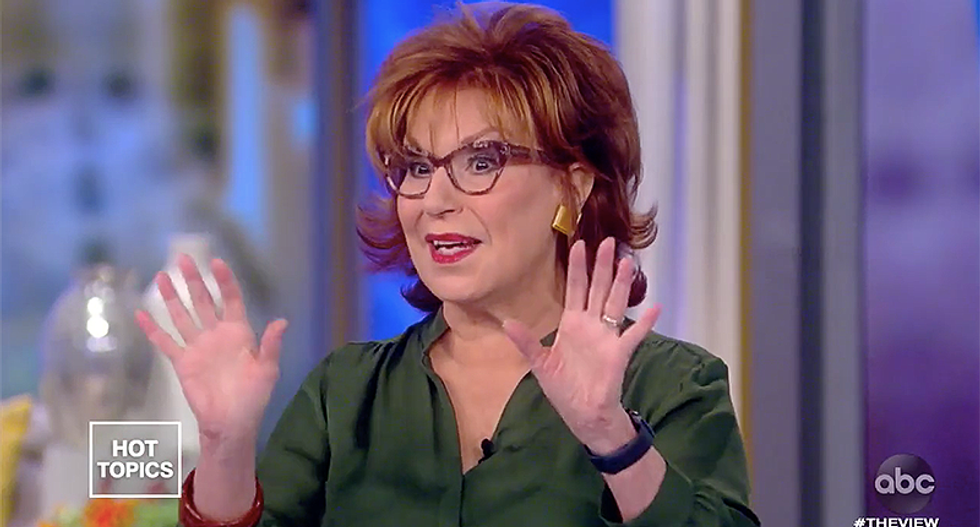 On Thursday, the co-hosts of "The View" debated the next steps to control the coronavirus pandemic.

Sara Haines argued that if Americans are given an option of a four to six-week lockdown or wearing a mask that Americans will choose a mask. She said that businesses are the front line, and if they require people to wear masks to enter the establishment, people will do it.

States like New York and Washington, D.C. celebrate the top number of mask-wearing citizens, but in states like Oklahoma, people wearing masks are the exception, not the rule.

For that reason, Sunny Hostin thinks that it's time to lockdown again and demand the funding structure to take care of people and businesses to make it happen.

"The issue is Americans aren't going to wear their masks," she said. "Most Americans, or many Americans. They're not going to socially distance. They're not going to follow the CDC guidelines in that way. They're not going to continuously wash their hands, and if everyone isn't doing the same thing and required to do the same thing, it just doesn't work, and so I actually am in favor of this short-term lockdown of -- what is it? I think it's four to six weeks because that type of thing has worked. If you look at New Zealand, if you look at Australia, they were the first countries to do that, and when they did it, the government closed the nation's borders, imposed one of the world's strictest lockdowns in a bid to eliminate the virus and they did it, and they did it successfully. I would rather do that for four to six weeks than have hundreds of thousands more Americans die. I think it makes complete sense."

Whoopi Goldberg agreed, noting that if people are ensured they will be safe and financially secure, then they would be more likely to follow a lockdown.

But it was Joy Behar who believed that something far more sinister was afoot.

"I just want to add this one thing," she began. "It occurs to me that Trump is so evil at this point -- I really think he's evil. I think he absolutely relishes the idea that things are getting worse, and it's going to be in Biden's lap. I really think he likes that. That's how sick he is."