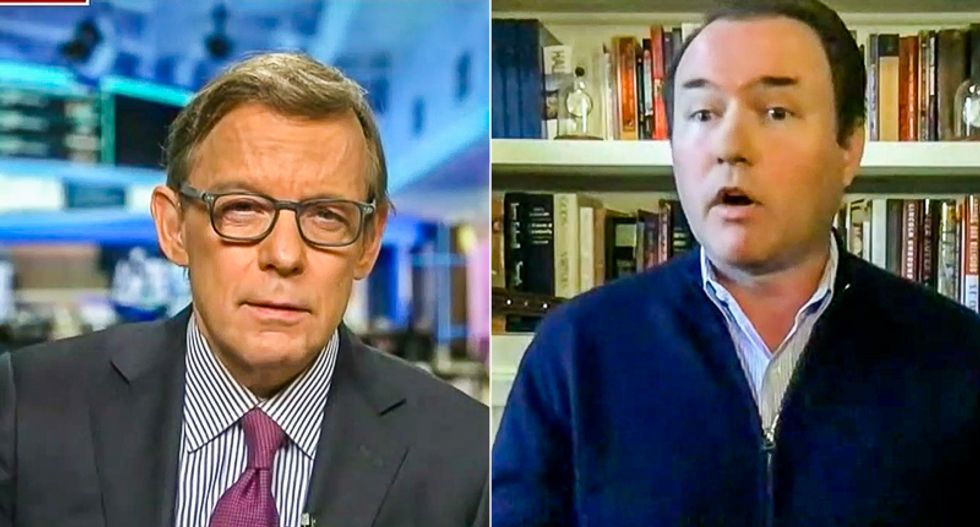 Michael Steel, a Republican spokesperson for Dominion Voting Systems, on Sunday knocked down allegations that the company participated in a scheme to steal the election from President Donald Trump.

While appearing on Fox News, Steel was asked about claims made by Trump campaign lawyer Sidney Powell, who has promised a "biblical" lawsuit to challenge the outcome of the 2020 election. She has suggested that Dominion officials bribed elected Republicans in the state of Georgia in a conspiracy to make Joe Biden president.

"No, this is a non-partisan American company," Steel told Fox News host Eric Shawn on Sunday. "It is not physically possible for our machines to switch votes from one candidate to the other."

"There is no way such a massive fraud could have taken place," he said. "And there are no connections between our company and Venezuela, Germany, Barcelona, Katmandu -- whatever the latest conspiracy theory is."

The Dominion official went on to explain that electronic vote tallies can be audited with a paper trail.

"Some of the people watching you now don't believe you," the Fox News host remarked. "They think you're lying. They say of course you're going to say Dominion is not guilty of anything because you represent the company."

"I've got the facts on my side," Steel replied. "And the president's attorneys will go on press conferences, will go on TV and make these crazy allegations. And then 30 times they've gone to court and they have not offered a scintilla of proof. We would love to see any evidence they have. Thus far, we have seen none."

"It's not physically possible to do what they're describing," he insisted. "This is nonsense. That is not possible. And again, if someone tried to alter the electronic record, the printed paper ballots wouldn't match."