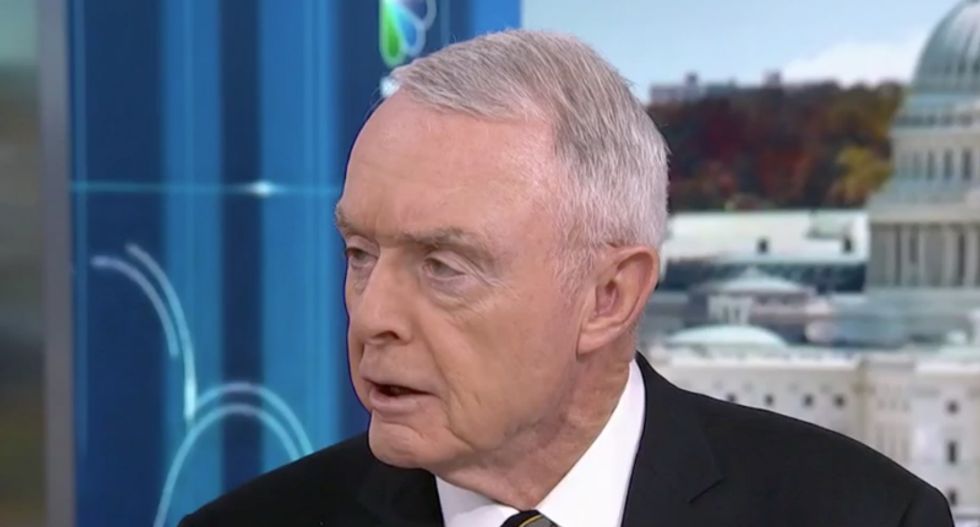 A four-star United States retired general is sounding the alarm on key national security concerns after President Donald J. Trump shakes up the Pentagon staff less than one week after losing the election to President-elect Joe Biden.

"I have been shot at a lot and nearly killed a bunch of times," said Gen. Barry Richard McCaffrey (ret.). "I'm not an alarmist. I stay cool under pressure. Mark me down as alarmed. I just listened to Sen. Tim Kaine (D-VA) -- wonderful, experienced, mature guy -- say this is just payback to [Mark] Esper not being a loyalist. I don't believe it. We're watching a setup of some people who are unqualified for office to be in control of the 2.1 million men and women of the armed forces."

McCaffrey said, "And I remind our viewers, the only one who can give orders to the armed forces is the president and the secretary of defense. This acting secretary Chris Miller is a perfectly good, experienced combat soldier. He is unqualified for this office. The other three, one of them, a retired one-star, is a dangerous man. That team moving in, no one in his right mind would have accepted an appointment for 90 days. These people are in there to control a coercive institution of U.S. democracy. Watch out."

Host Ari Melber asked McCaffrey, "What specifically are you warning against, general? Do you feel based on your knowledge of these individuals and the situation that you have a credible reason or evidence to think that there could be an effort to enlist the military in something unlawful?"

"The federal government tools could be used in an oppressive manner, start with the attorney general of the United States, the Department of Homeland Security, and federal law enforcement agencies, who -- unless they get an order that is patently illegal -- will carry out their instructions. So the end of the story is, you know, I don't believe in any way this should be minimized or this is just a tantrum of a president trying to accommodate himself to the outcome of the elections. This is some crazy thinking going on inside that White House."

McCaffrey added, "If I was a CIA officer trying to understand what was going on in a third-world country and I saw this pattern of behavior, I would say the stronghand's trying to take over the government and defy an election -- and I think they're playing with that idea inside the White House. I can't imagine that Sen. Rob Portman (R-OH) and even [Sen. Mitch] McConnell (R-KY) and people like this are going to disregard the Constitution, but I think that's the thinking that's going on in the White House right now and we ought to be worried about it. And the Republicans in Congress ought to speak up and push back."