Trump advisor Dr. Scott Atlas accused of ‘inciting violence’ after calling for Michigan to ‘rise up’ against Whitmer’s new order 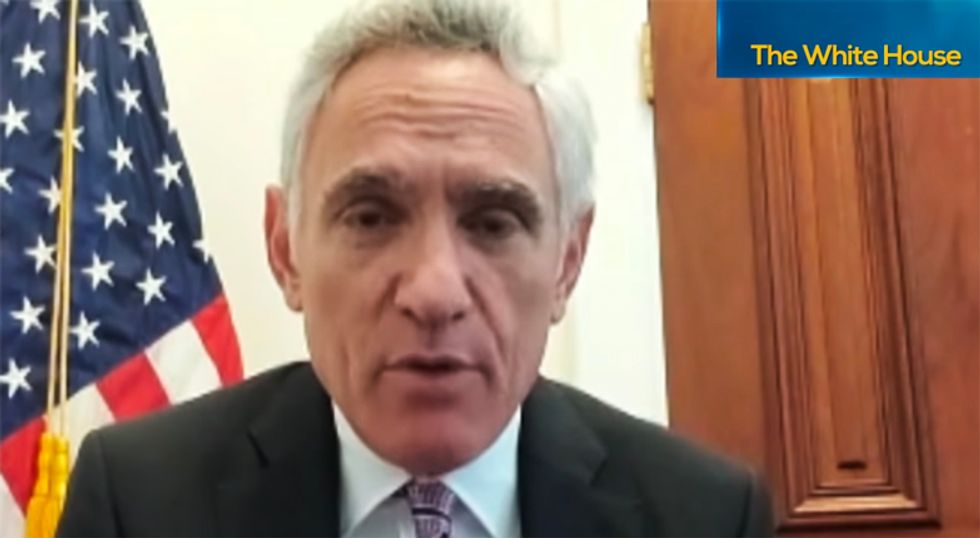 "The only way this stops is if people rise up. You get what you accept," Atlas, who is a radiologist – not an epidemiologist – tweeted Sunday night. He added the hashtags "#FreedomMatters" and "#StepUp" to his tweet.

Last month 14 people were charged in an alleged domestic terror plot to kidnap Governor Whitmer. Some reportedly also had a plan to “overthrow” the government, and some allegedly had "made plans to kidnap Whitmer and commit violence with the hopes of sparking a 'civil war,'" MLive.com reports, quoting Attorney General Dana Nessel.

Back in May another man was charged with “credible threats to kill” Gov. Whitmer.

Dr. Atlas is currently serving as a senior fellow at Stanford University's Hoover Institution, which is headed by former U.S. Secretary of State Condoleezza Rice.

Michigan's Governor Whitmer Sunday night quickly pushed back against Atlas's transparent attempts at what some are calling an  attempt to incite violence (something First Daughter Ivanka Trump was also accused of attempting to do Sunday.)

MI Gov. Gretchen Whitmer: "I'm not going to be bullied into not following reputable scientists and medical professi… https://t.co/oGRBR8Wsm9
— The Hill (@The Hill)1605493710.0

Hours after Atlas's tweet, he returned to Twitter to insist he wasn't attempting to incite violence, but was merely talking about the electoral process and the right to peacefully protest.

Hey. I NEVER was talking at all about violence. People vote, people peacefully protest. NEVER would I endorse or in… https://t.co/YwZgA7qhrk
— Scott W. Atlas (@Scott W. Atlas)1605495737.0

Here's what some are saying about Dr. Atlas's tweets:

Given the context of the pro-Trump murder plot against Whitmer, there's really no way to see this as anything but i… https://t.co/QzWqejmn54
— Josh Marshall (@Josh Marshall)1605488464.0

Trump's medical adviser is calling for people to "rise up" against the new COVID order in Michigan, where the FBI a… https://t.co/gk37QL4yPT
— Jonathan Cohn (@Jonathan Cohn)1605487495.0

This @Stanford professor and Sr. Fellow at the @HooverInst seems to be encouraging #revolution in Michigan. 🤔… https://t.co/ooL7sRKmHb
— Doug Warren (@Doug Warren)1605486949.0

@SWAtlasHoover Hi Scott. Look I know you’re desperately trying to bail yourself out here but we all know what you m… https://t.co/JE6XIltTre
— Fred Wellman (@Fred Wellman)1605498959.0

White House COVID hack calls for people to "rise up" against a governor who's already been the target of a domestic… https://t.co/gSqAGOHKKn
— Tom Nichols (@Tom Nichols)1605487745.0

This man is a threat to the public health and our national security. And @Stanford...why does he remain on your fa… https://t.co/puSh1eZsJy
— David Rothkopf (@David Rothkopf)1605487936.0

Here is sedition on display, @Twitter. The very definition. @FBI needs to investigate. You need to assist. And you… https://t.co/HTUOpROmgK
— Chris Barnhart (@Chris Barnhart)1605495004.0