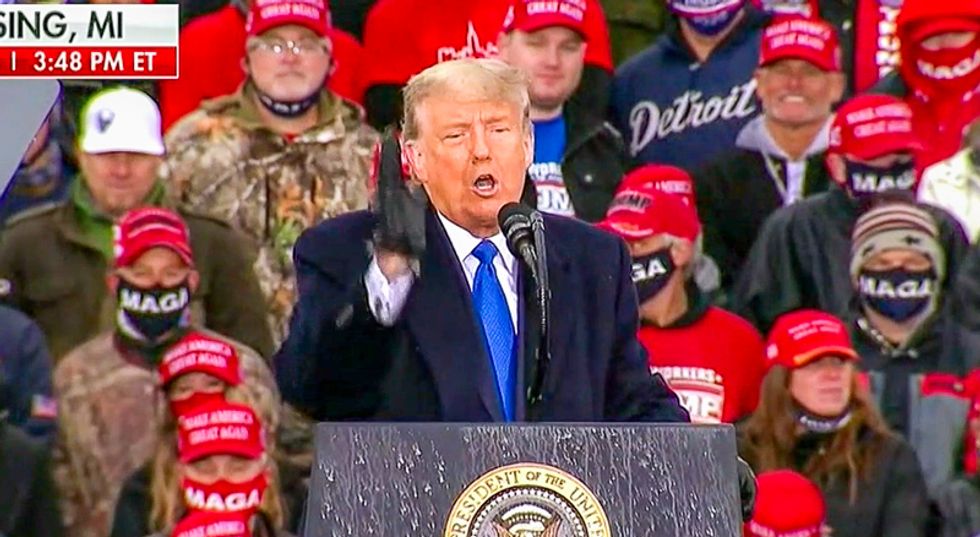 The Trump campaign's smartphone app tracked the movements of millions of the president's supporters, gave the campaign an "intimate" view of users' social networks, and delivered massive amounts of data that Trump will be able to use in the future, for a wide variety of purposes.

"The app lets Trump’s team communicate directly with the 2.8 million people who downloaded it — more than any other app in a U.S. presidential campaign — and if they gave permission, with their entire contact list as well," the Associated Press reports.

"Once installed, it can track their behavior on the app and in the physical world, push out headlines, fundraise, sell MAGA merchandise and sync with mass texting operations, according to the app’s privacy policy and user interface."

CBS News earlier this year reported the campaign's app allows "for the collection of very detailed information about a person's movements."

The AP notes that while the campaign might be over, the "data strategy is very much alive, and the digital details the app collected can be put to multiple other uses — to fundraise for the president’s future political ventures, stoke Trump’s base, or even build an audience for a new media empire."

The app has "location-based tools and other features to help the campaign crowdsource new users," the AP notes, adding there is a "gamified loyalty system, where supporters could accumulate points to spend on signed MAGA hats or pose for a picture with Trump."

"With the most recent update, you can join the official army for Trump," the iPhone version says.