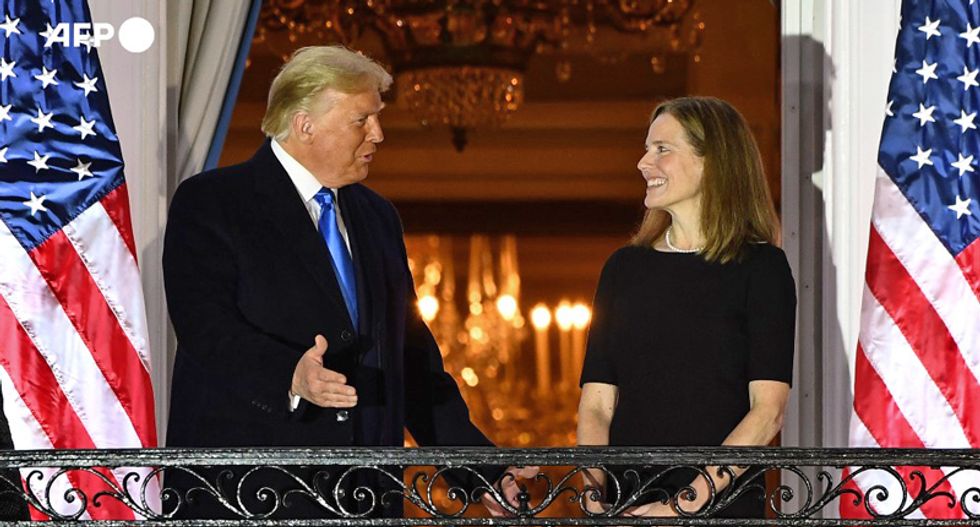 On Fox Business Thursday, Trump campaign legal adviser Harmeet Dhillon revealed the plan for getting the president re-elected: Try to get the Supreme Court to intervene in the election.

Before appointing Amy Coney Barrett to the Supreme Court, Trump repeatedly suggested part of his motivation was to create a right-wing supermajority that would throw the election to him, much as happened in the 2000 Bush v. Gore decision. The campaign has also filed a number of lawsuits in states where counting is still going on, including Nevada, Georgia, and Pennsylvania.

But it is not clear that any of these suits will ever make it to the Supreme Court, as legal experts have panned them as baseless and state judges are universally throwing them out.