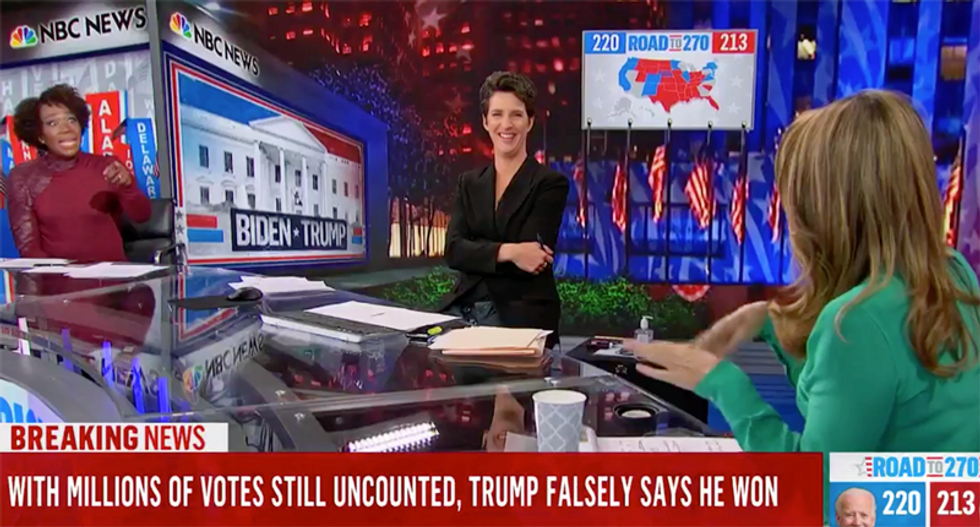 President Donald Trump alleged election fraud, declared victory and told the American people that the Supreme Court would agree with him on his efforts to stop counting votes during an early Wednesday morning press conference.

And within ten minutes, he had received a brutal fact-check from five different MSNBC anchors.

Rachel Maddow, Ari Melber, Joy Reid, Nicolle Wallace, and Brian Williams all piled on during an fact-check of the press conference.

"But we cannot keep an open mind or sound neutral about the falsehoods that just came out of the White House," MSNBC chief legal correspondent Ari Melber said.

"And honestly pains me to say it, but the president was lying with the election results and speaking to address the democracy by telling the democracy he doesn't believe in democracy, stop the voting," he explained. "It's a serious development tonight."