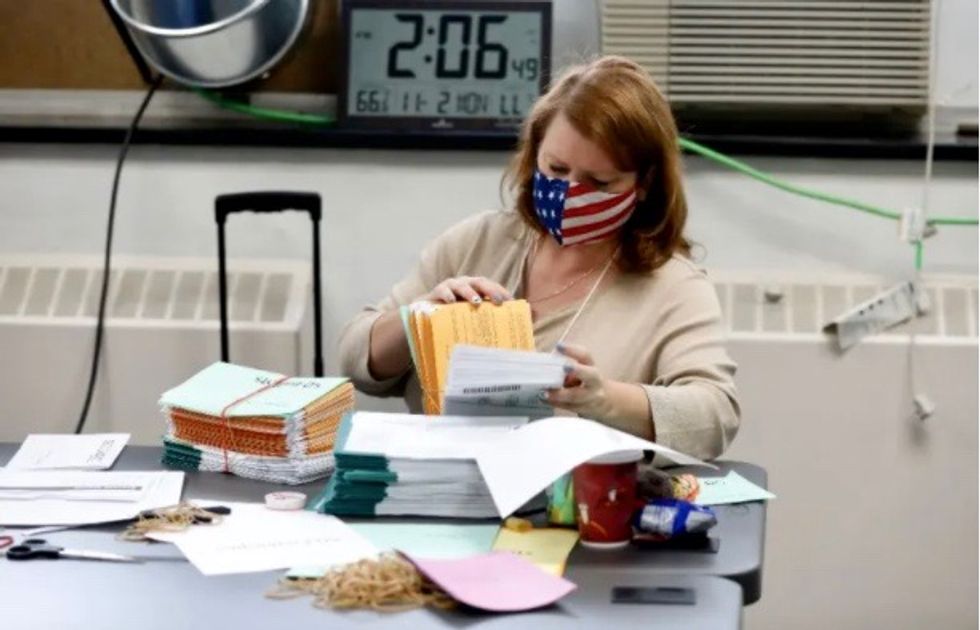 President Donald Trump's campaign won a lawsuit in Pennsylvania on Thursday that is not expected to have any impact on President-elect Joe Biden's current margin.

According to the Pittsburgh Post-Gazette, the Trump campaign asked the court to disqualify a small number of ballots cast by voters "who were unable to confirm their identities by Nov. 9."

In her ruling, Commonwealth Court President Judge Mary Hannah Leavitt said that Secretary of State Kathy Boockvar extended the deadline for confirming those identifies until Nov. 12 without proper authority to do so.

"These ballots had been segregated pending the judge’s decision and have not yet been counted, so their disqualification will not affect the current vote count in Pennsylvania," the Post-Gazette reported.

It was not immediately clear how many ballots would not be counted because of the ruling.

Biden currently leads Trump by 53,476 votes in the commonwealth.