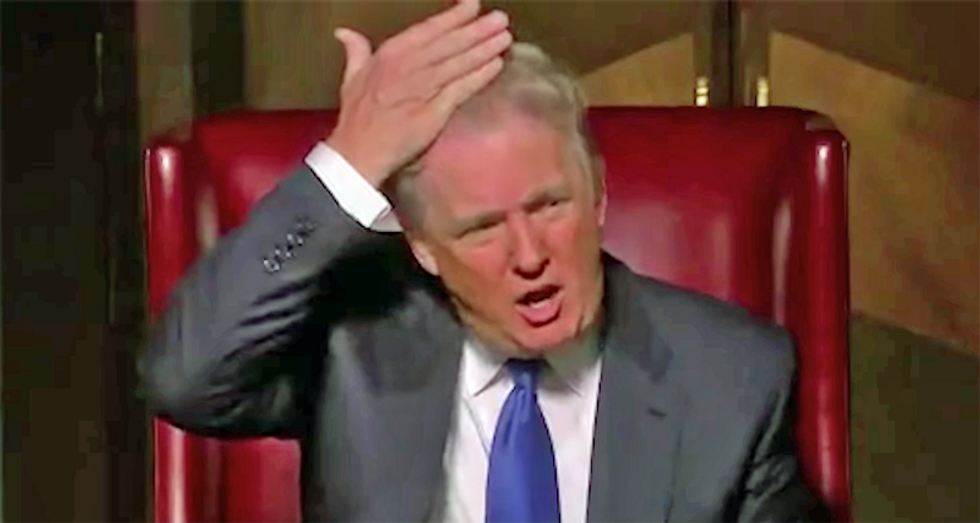 Donald Trump on "The Apprentice" (screengrab)

President Donald Trump on Tuesday took to Twitter to announce he had fired the director of the Cybersecurity and Infrastructure Security Agency.

Trump was angry with Chris Krebs for debunking his conspiracy theories about fraud in the 2020 election, which Trump lost to Joe Biden.

"One way this could backfire for Trump: As a government official, Krebs had been forbidden from speaking to the Biden transition team. Nothing stopping him from doing so now, and he has a lot of institutional knowledge that isn’t necessarily classified," Bertrand noted.

One way this could backfire for Trump: As a government official, Krebs had been forbidden from speaking to the Bide… https://t.co/R67tfftUgS
— Natasha Bertrand (@Natasha Bertrand)1605659852.0