Trump has one more attack lined up on China before he leaves: report 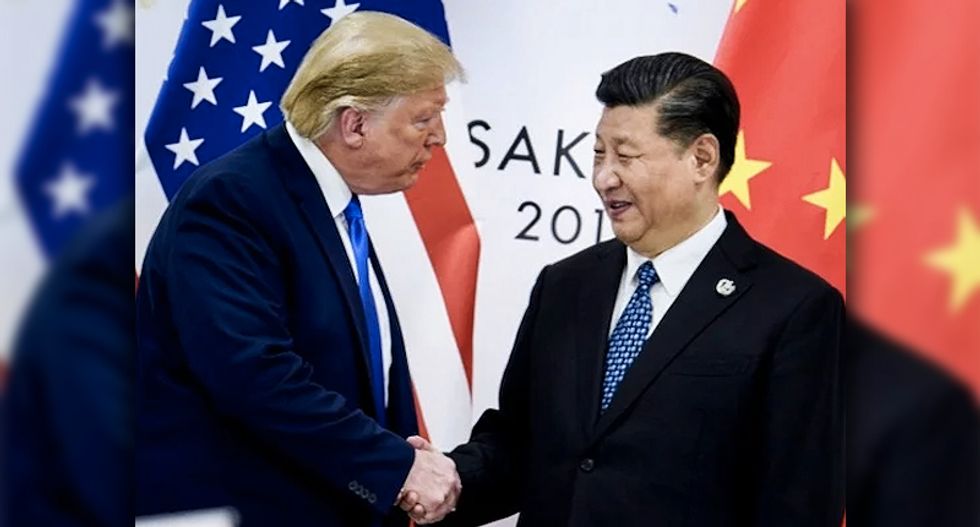 President Donald J. Trump will use his last 10 weeks in office to enact a series of "hardline policies" to cement his legacy on China, senior administration officials with direct knowledge of the plans told Axios. The plan from the Trump camp is to try to make it politically impossible for the incoming Biden administration to change course regarding U.S. relations with China as the nation embarks on aggressive action from India to Hong Kong and Taiwan.

National Intelligence Director John Ratcliffe is expected to publicly describe intelligence about China's nefarious actions inside the U.S. Additionally, trade with Chinese entities will be restricted or sanctioned for alleged complicity in human rights violations, including forced labor camps, in Xinjiang and Hong Kong, officials said.

Closures of Chinese consulates in the U.S. are not expected, officials said.

"Director Ratcliffe will continue playing a leading role, in coordination with other national security principals, in delivering a necessary mindset shift from the Cold War and post-9/11 counterterrorism eras to a focus on great power competition with an adversarial China," DNI senior adviser Cliff Sims told Axios.

At this time, senior administration officials are discussing expanding a Defense Department list of Chinese companies deemed to have ties to the Chinese military. An executive order issued last week barred U.S. investment in 31 such companies, and any additions would likely face a similar restriction.