Trump is preparing to declare victory on election night without 270 electoral votes: report 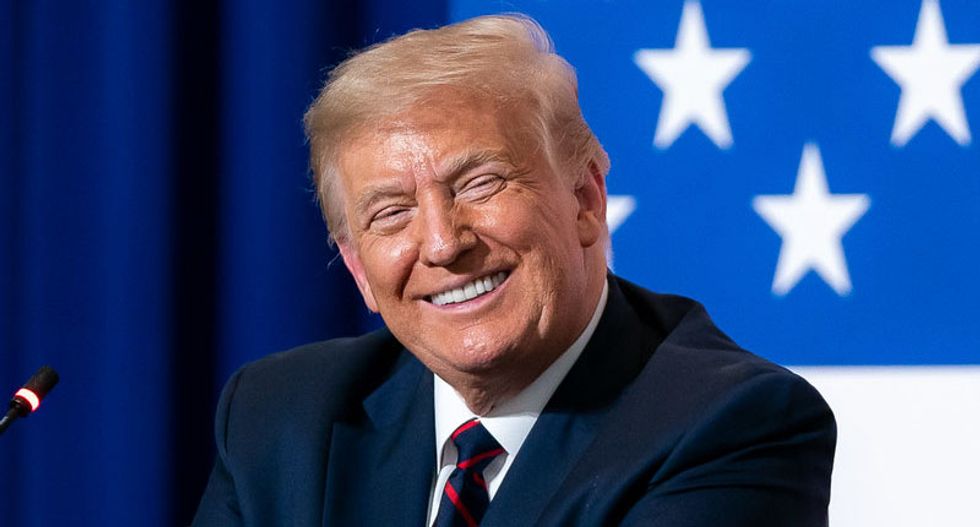 President Donald Trump will reportedly declare victory on election night before getting the necessary 270 electoral votes -- if it looks like he's ahead.

Sources closes to the president told Axios correspondent Jonathan Swan that Trump is expecting to take an early lead in Pennsylvania, although Democratic nominee Joe Biden may pull ahead as more votes are counted.

"Trump has privately talked through this scenario in some detail in the last few weeks, describing plans to walk up to a podium on election night and declare he has won," the report said.

In recent weeks, Trump has falsely signaled that votes counted after Election Day are fraudulent.

"This is nothing but people trying to create doubt about a Trump victory," Trump communications director Tim Murtaugh told Axios. "When he wins, he's going to say so."

According to Swan, Trump insiders "are more optimistic about winning than they were three weeks ago."

"They said analyses of early-vote totals in battleground states indicate he's doing substantially worse in Iowa and Georgia compared with this point in 2016, but better than expected in Texas, Nevada, North Carolina, Arizona and Wisconsin," Swan wrote. "In recent days, senior Trump advisers have privately expressed growing optimism about Wisconsin, based on their analysis of early vote data."