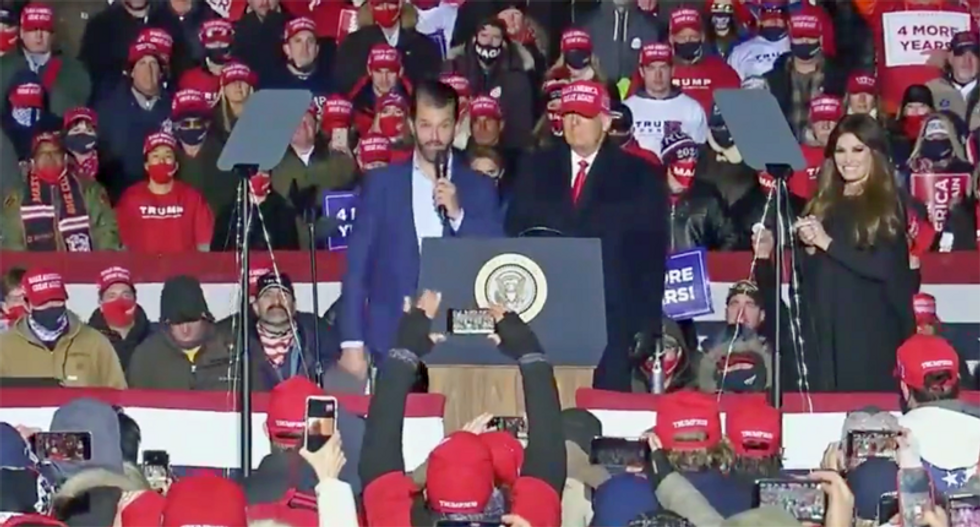 Donald Trump, Jr. at a MAGA rally with his father and girlfriend Kimberly Guilfoyle (screengrab).

Trump spoke for 74 minutes in a town where one of his supporters allegedly shot two Black Lives Matter protesters with an AR-15 rifle.

"So we need you to get out and bring your friends to vote tomorrow," he shouted into the microphone.

"And when we do we can not only keep making America great again, but we can make liberals cry again," he said, to cheers from the crowd.