Trump says FBI not investigating supporters who endangered Biden bus: 'They did nothing wrong' 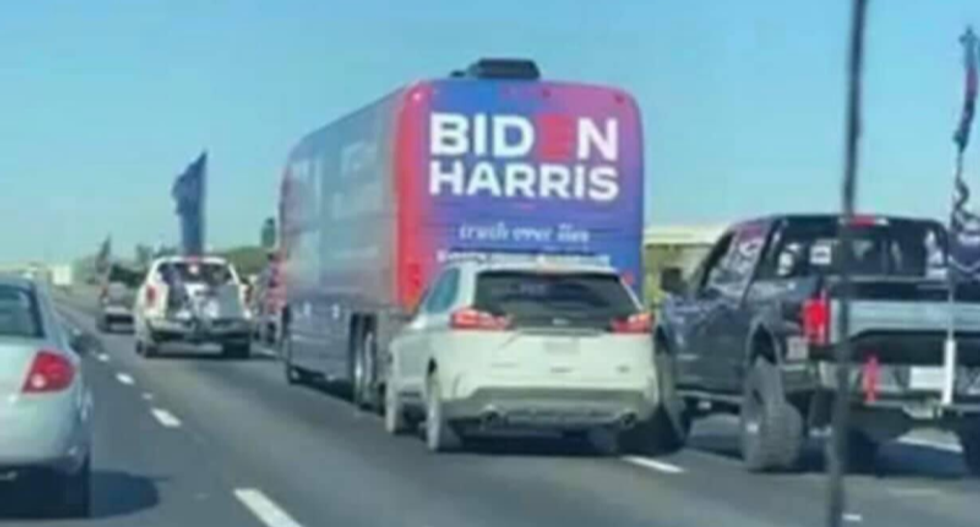 President Donald Trump asserted on Monday that the FBI is not investigating a group of his supporters who endangered a Biden campaign bus in Texas over the weekend.

Trump made the statement in a tweet after multiple outlets reported that the FBI was investigating the incident.

"This story is FALSE," Trump wrote. "They did nothing wrong. But the ANTIFA Anarchists, Rioters and Looters, who have caused so much harm and destruction in Democrat run cities, are being seriously looked at!"

This story is FALSE. They did nothing wrong. But the ANTIFA Anarchists, Rioters and Looters, who have caused so muc… https://t.co/BwnKbzRFHT
— Donald J. Trump (@Donald J. Trump) 1604330263.0

It was not immediately clear if the president had ordered the investigation to be halted.

The FBI confirmed to NBC News it is investigating the alleged harassment of a Biden campaign bus in Texas on Friday… https://t.co/lBy2ZpGfWM
— Amanda Golden (@Amanda Golden) 1604331741.0

On Sunday, Trump had argued that his supporters were trying to "protect" the Biden campaign bus by surrounding it on a busy highway.