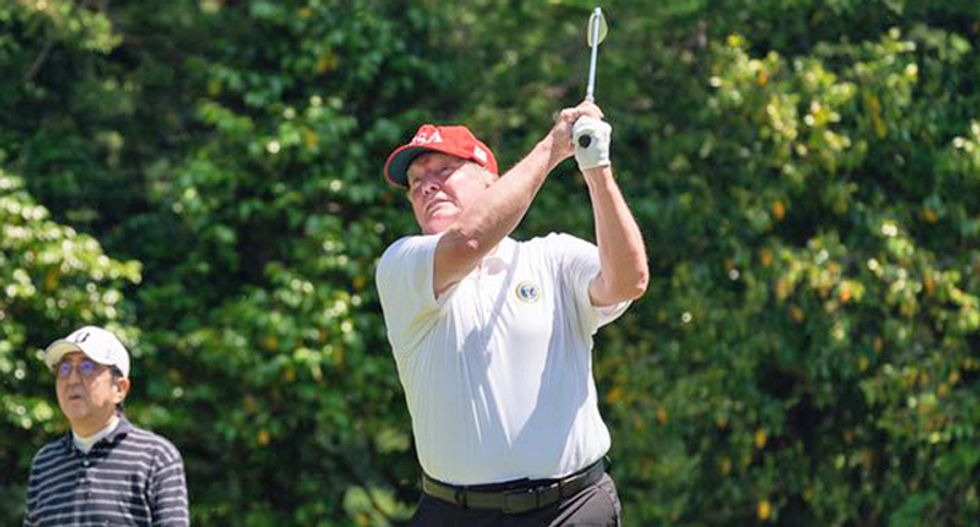 It's been 18 days since President Donald J. Trump lost the election that would have bought him another four years in the White House, but he has still not conceded. Instead, he's golfed and avoided questions from reporters on every occasion possible, including gracing the greens on Nov. 7, 8, 14, 15, and 21.

On Saturday, Trump took a few moments to participate in a virtual summit from the Situation Room that included a group of 20 people. The New York Times reported that the president was not listed as a participant at a sideline event at the conference on “Pandemic Preparedness and Response.” Speakers at the event included Emmanuel Macron, the president of France, and Angela Merkel, Chancellor of Germany.

Trump did have time to tweet his thoughts on voter fraud, though.

“Big voter fraud information coming out concerning Georgia. Stay tuned!” Trump tweeted. He then headed to his Virginia golf club for the third weekend in a row.