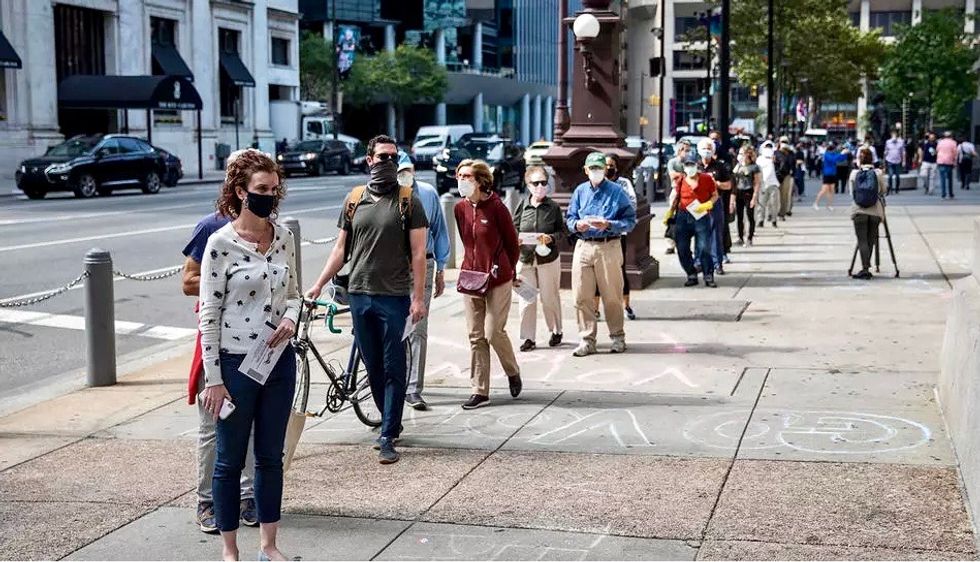 On Wednesday, writing on Twitter, Pennsylvania Lt. Gov. John Fetterman invited a Trump supporter accused of voter fraud to apply for a pardon if convicted — in thanks for showing Pennsylvania voters, and Republicans around the country, how difficult it is to commit voter fraud.

The case centers on a man in Forty Fort, Luzerne County, who allegedly filled out an absentee ballot application for his deceased mother with the intention of casting a second ballot for President Donald Trump, in her name. He faces up to 10 years in prison if found guilty.

Fetterman, who chairs Pennsylvania's Board of Pardons also took time to condemn the voter fraud conviction of Crystal Mason, a Black woman in Texas who is serving a five-year prison sentence for voting in 2016 while on supervised release, which she hadn't even known was a crime. He remarked that he doesn't want to see anything like that occur in his own state.

Also, it must be said, given the PA-TX connection, how profoundly *absurd and unjust* Ms. Mason’s sentence is for v… https://t.co/yJgjFMNnNf
— John Fetterman (@John Fetterman)1606312420.0