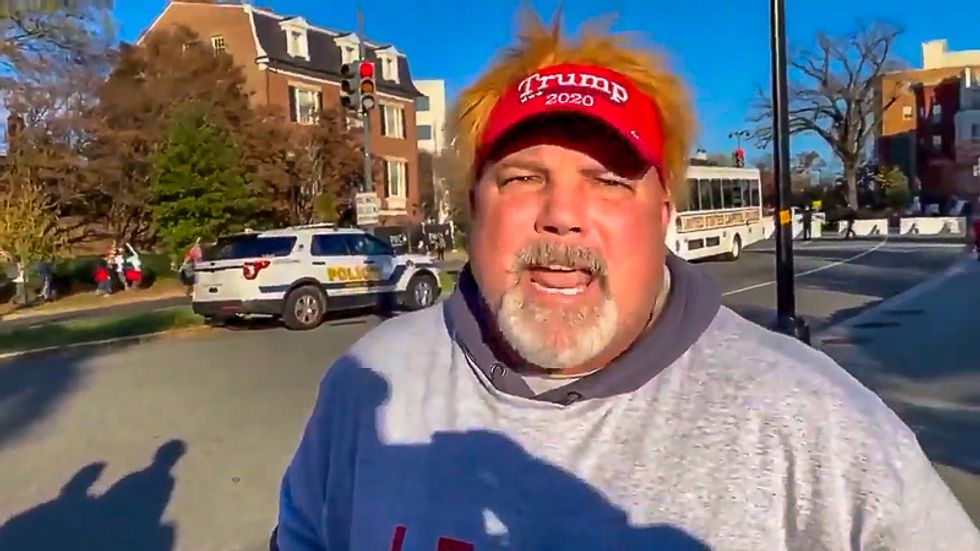 One of President Donald Trump's supporters was caught on video saying that the police officer who murdered George Floyd should have used more force to kill him.

Video of the man was captured by journalist Chuck Modi and then shared on Twitter by @davenewworld_2.

"If he tried to behave from the get-go and not pass false money, he'd still be alive today," the man said. "It can't be that hard to behave. Obey the law and you will be alive. It's not that hard. Behave and stay alive."

"So you're OK with [officer] Derek Chauvin's knee for eight minutes and 46 seconds?" the reporter asked.