Trump thinks AG Barr has been ‘insufficiently subservient’ because the DOJ is not helping him win: report 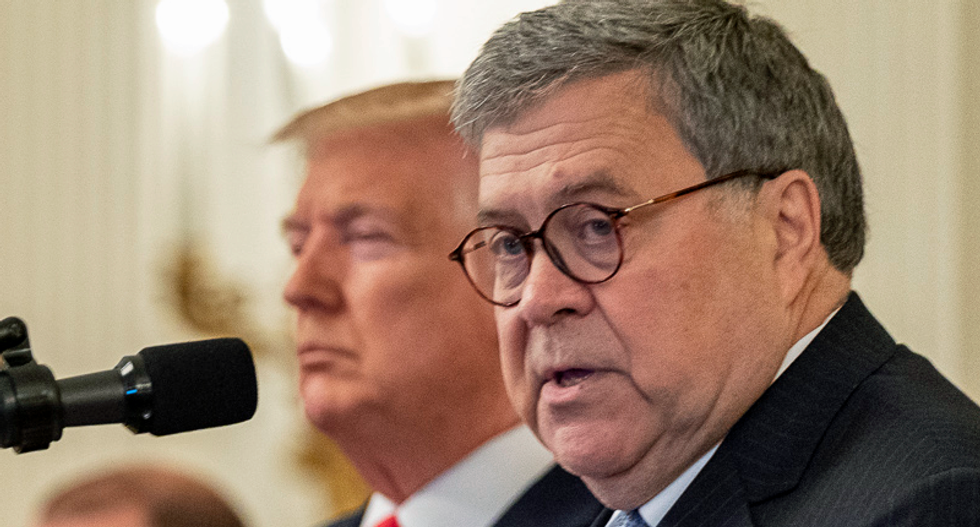 "In the days since an inconclusive election night likely threw his presidency into the heap of one-termers, Donald Trump and some of his top political advisers have found another scapegoat to groan about: William Barr’s insufficiently subservient Justice Department," Asawin Suebsaeng and Spencer Ackerman reported Thursday evening.

"As his team began launching legal and public-relations blitzes in several key states and contesting the still-undetermined 2020 presidential election this week, the president has grown impatient with the Department of Justice and its seeming unwillingness to immediately intervene on Team Trump’s behalf, according to two people familiar with his private comments. 'Why isn’t [DOJ] on this?' Trump asked, during one of many recent tirades about his baseless claim that the Democrats are somehow stealing the election," The Beast reported.

The campaign is getting nervous, Fox News is ready to call the presidential race for Biden after he is the projected winner of one more state.

"The president and his advisers’ displeasure at the Justice Department—which, to be clear, as part of the federal government is not supposed to be an adjunct of a particular political campaign—is another sign that the upper ranks of Trumpworld are desperately hoping that someone or something, somewhere, will come to their rescue and deliver a second term," The Beast reported.