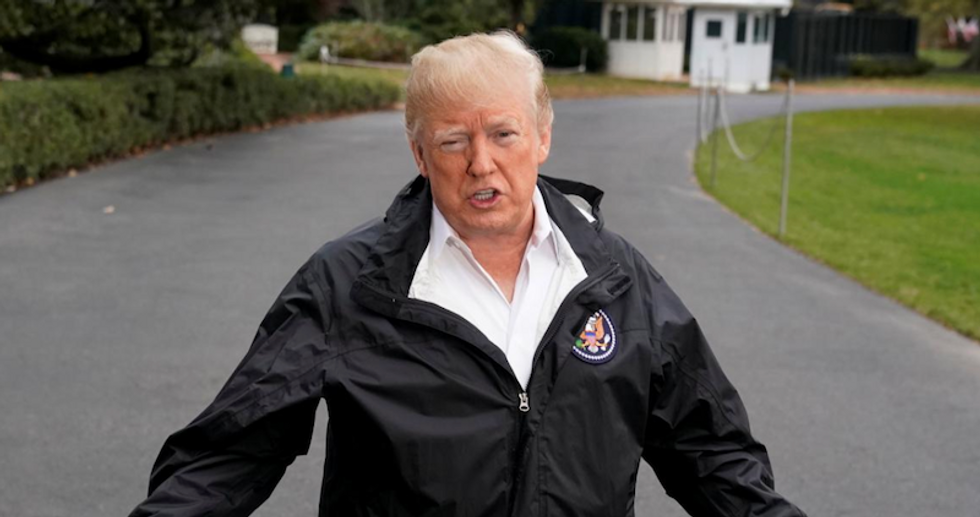 U.S. President Donald Trump talks to the media on the South Lawn of the White House in Washington, U.S., before his departure to California, November 17, 2018. REUTERS/Yuri Gripas

Trump falsely claimed that the election was "100% rigged" on Thursday morning.

After sending that disinformation about democracy in America, Trump left the White House to go golfing. It was his 305th day spent golfing as president.

After returning to the White House, Trump continued to push conspiracy theories about the election he lost.

In a post-golf tweet, Trump suggested that Pennsylvania Republicans would overturn the will of the voters to award him the state's 20 Electoral Votes.

However, even if that were to happen, Biden would still be the president-elect. The current vote tally is Biden winning with 306 electoral voters to Trump's 232. Even if Pennsylvania were to overturn the will of the voters, Biden would still win with 286 Electoral Votes to 252 for Trump.