Trump's narrative his power has been 'stolen' echoes the rise of the Nazis: columnist 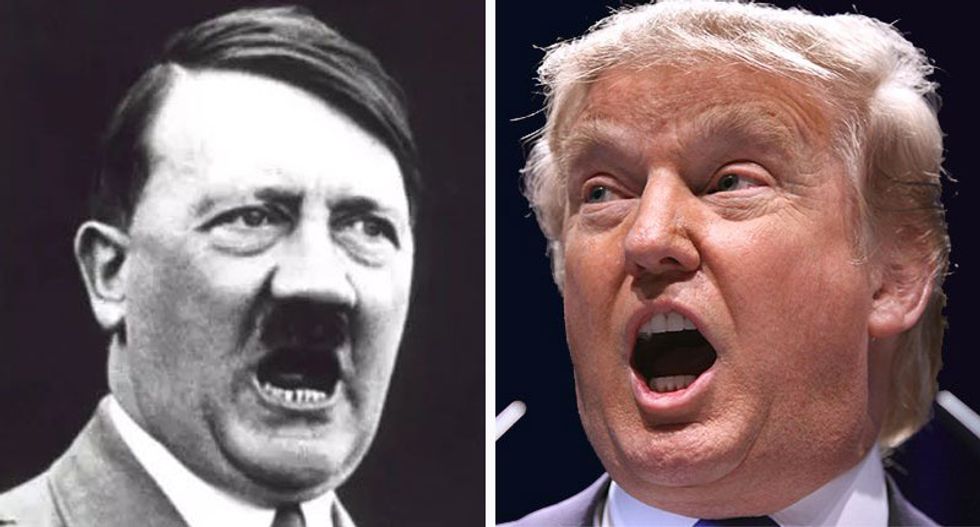 On Monday, writing for The New York Times, German columnist Jochen Bittner issued a dire warning to America: outgoing President Donald Trump's narrative that he and his supporters had their victory "stolen" from them echoes the post-World War I nationalist rage in Germany that ultimately brought about the rise of Nazism.

"One hundred years ago, amid the implosions of Imperial Germany, powerful conservatives who led the country into war refused to accept that they had lost. Their denial gave birth to arguably the most potent and disastrous political lie of the 20th century — the Dolchstosslegende, or stab-in-the-back myth," wrote Bittner. "Its core claim was that Imperial Germany never lost World War I. Defeat, its proponents said, was declared but not warranted. It was a conspiracy, a con, a capitulation — a grave betrayal that forever stained the nation. That the claim was palpably false didn’t matter. Among a sizable number of Germans, it stirred resentment, humiliation and anger. And the one figure who knew best how to exploit their frustration was Adolf Hitler."

While Trump himself is not a historical tyrant and murderer on the scale of Hitler, Bittner stressed, he is tapping into the same kind of right-wing populist anger — and it would be a "grave error" to ignore the parallels: "the campaign should be seen as what it is: an attempt to elevate 'They stole it' to the level of legend, perhaps seeding for the future social polarization and division on a scale America has never seen."

There was never any truth to Dolchstosslegende, noted Bittner — Germany was outmatched by the power of the Allies, especially after the United States joined the war, and mass military revolts and nationwide strikes over death and famine forced the Kaiser to abdicate. But the myth was "at the heart of Nazi propaganda, and instrumental in justifying violence against opponents" — the crackdowns that ultimately evolved into the Holocaust were sold as retribution against those perceived as having sold out German victory.

"Alarmingly, that seems to be exactly what is happening in the United States today," wrote Bittner. "Since the election, millions of Trump supporters have installed the alternative social media app Parler. Filter bubbles are turning into filter networks. In such a landscape of social fragmentation, Mr. Trump’s baseless accusations about electoral fraud could do serious harm. A staggering 88 percent of Trump voters believe that the election result is illegitimate, according to a YouGov poll. A myth of betrayal and injustice is well underway."