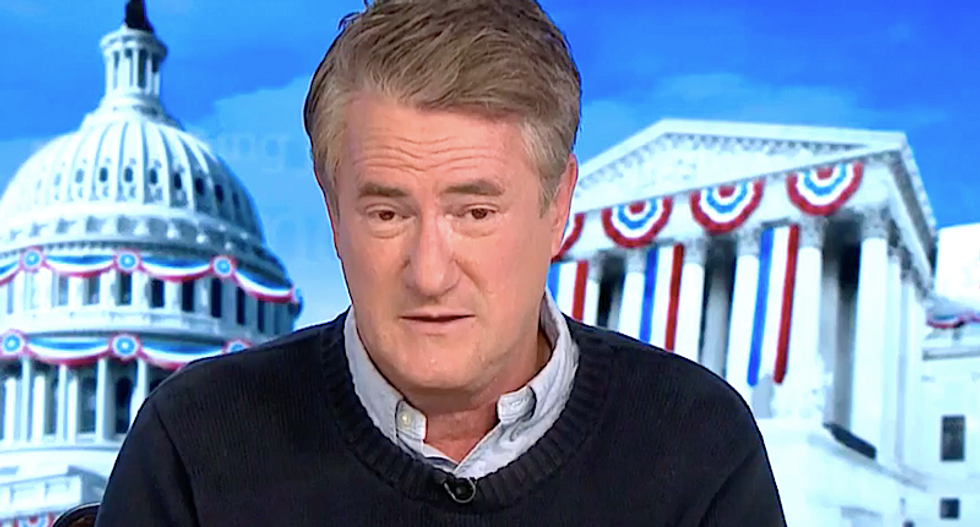 The president's legal team has fanned out across several states seeking court rulings that would tip the election loss back in his favor, but the "Morning Joe" host said their allegations simply aren't backed by evidence.

"Are any of you surprised that Donald Trump's shock opera would not have this sort of sad, pathetic finale?" Scarborough said. "I'm not. I'm surprised that you're surprised. I'm surprised by the texts that I'm getting. Are we going -- yes, we're going to be okay. You know why? Because what I have been saying for four years is playing out in the courts right now."

"The rule of law is stronger than any one man or any one woman," he added, "and when these scam press conferences turn into scam pleadings and they go before federal judges or state judges, the state judges asked Trump's lawyers under oath whether they have any evidence of foul play, and under oath and under the penalty of perjury, they all say, 'No, your honor,' and the cases are dismissed."