Trump’s parting gift to the nation is to deliberately sabotage our national security: columnist 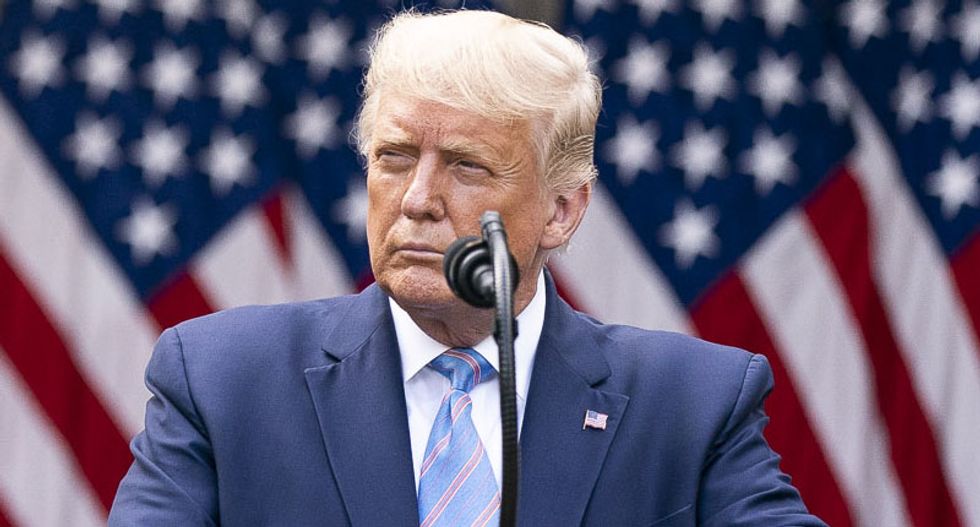 As President Trump's presidency draws to a close, his refusal to accept the election's results has taken an "insidious new turn," according to Washington Post columnist Dana Milbank.

By delaying the transition of power, Trump is undercutting all aspects of government function and leaving the country needlessly vulnerable to security threats, writes Milbank. "It would cost him nothing to begin the transition; in the extremely unlikely event that he is able to overturn the election results in several states and secure a victory, the transition authorization could easily be rescinded."

Speaking to Milbank, transition sources say Trump has not yet complied with the 9/11 Commission's recommendation that “the outgoing administration should provide the president-elect, as soon as possible after election day, with a classified, compartmented list that catalogues specific, operational threats to national security; major military or cover operations; and pending decisions on the possible use of force.”

"Trump is creating one final crisis, destroying one final norm, just for the hell of it," Milbank writes. "The delay in authorizing the transition will also slow efforts to distribute coronavirus vaccines and fortify public health protections against the virus."