Trump's runoff rally forces question: How much will he help Loeffler and Perdue? 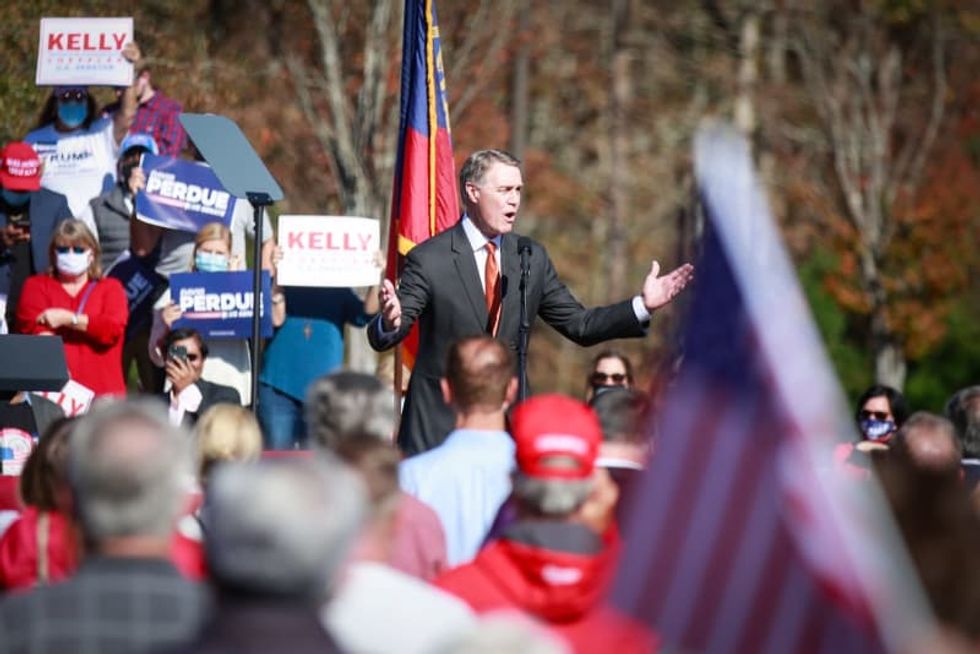 ATLANTA — President Donald Trump’s decision to visit Georgia next week was celebrated as a “Thanksgiving miracle” by the Republican U.S. Senate runoff candidates. But his trip will test how they balance his unsubstantiated claims of widespread voter fraud with their all-out efforts to drive up turnout.Even as U.S. Sens. Kelly Loeffler and David Perdue push supporters to return to the polls, Trump has continued to falsely insist that the elections are “rigged,” stoking worries from Republicans that the conflicting messages will discourage voter participation. A new federal lawsuit filed by Trum...