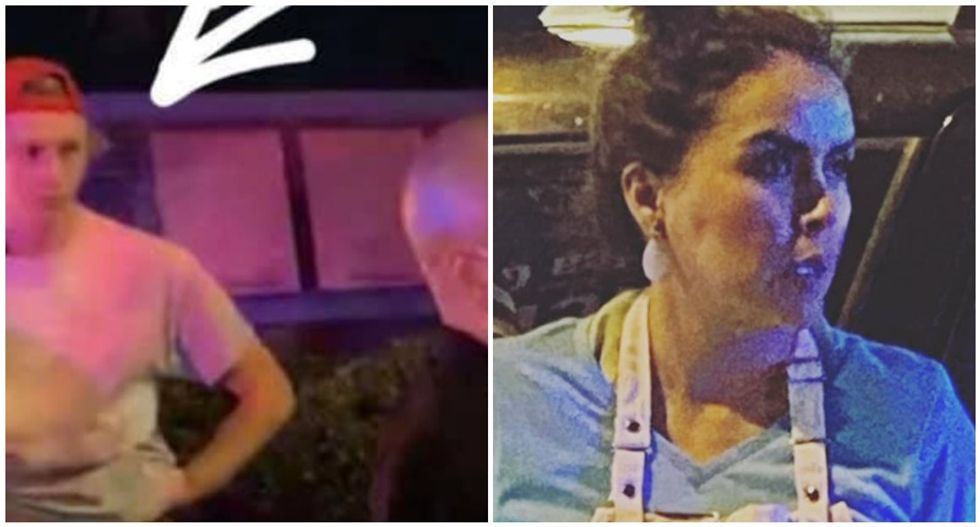 Police are looking to the public for help in their investigation of an alleged assault on a 16-year-old girl during a Trump rally in Pasadena, California, CBS Los Angeles reports.

"A girl was jumped by 3 adult Trump supporters in South Pasadena on Sunday night. Can you help us identify this one? We need justice. Maybe from San Bernardino or some other part of Inland Empire. The flag wavers were NOT from South Pasadena," read a tweet that has since been deleted.

Another tweet that's still active shows pictures of woman wearing what appeared to be Trump 2020 overalls over a blue shirt and a man wearing khaki pants, a white T-shirt and a red hat worn backwards, alleging that they "jumped" the girl.

An eyewitness told the South Pasadena News that the girl “knocked over a couple of the hats out of frustration and she began to walk away. That’s when they grabbed her hair, and started pulling her back and pulling her down.”