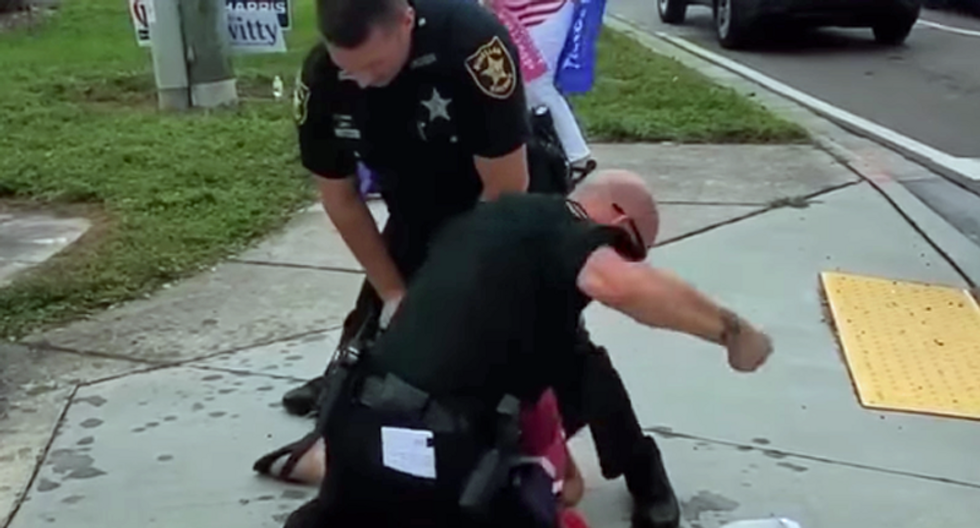 A Clearwater, FL man was arrested during a political rally Monday night in Palm Harbor and the amount of force used by the officers involved is raising eyebrows.

The viral video shows a Joe Biden supporter being repeatedly punched in the head by deputies. The man is also elbowed in the back multiple times as he'd held on the ground.

“The police went from behind him and grabbed his arm. And he didn’t know who was after him," said the woman who recorded the arrest. She asked not to be identified for fear of retaliation. "And he was saying, 'I didn’t do anything,' and the cops proceeded to beat the, stomp the living out of him. It was horrible. It was absolutely horrible.”

When a Trump supporter began yelling at her, she went to a deputy for help, but “they told me I deserved it,” she said. “They’re not even trying to be advocates for everybody.”