WATCH: GOP leader lashes out at the press for asking about Trump’s attacks on the legitimacy of the election 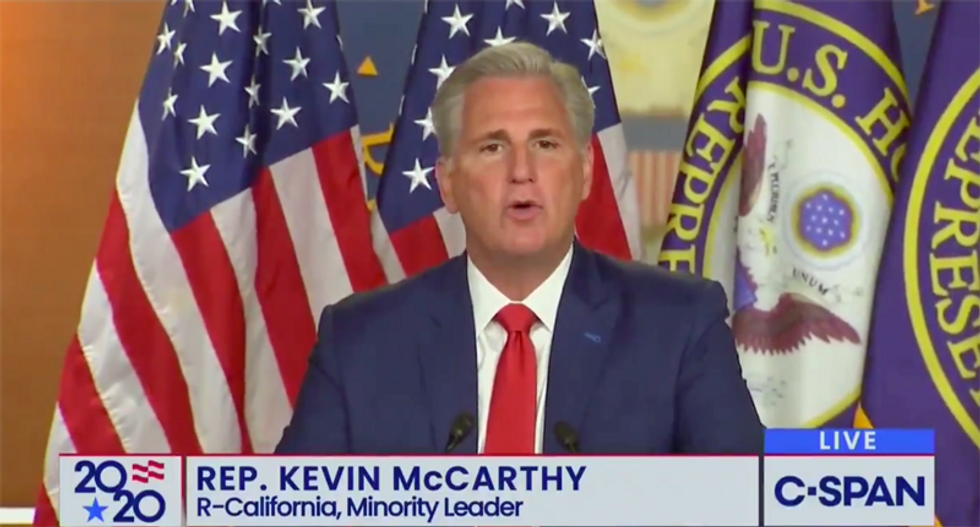 The leader of Republicans in the House of Representatives complained about being asked to comment on Trump's attacks on the legitimacy of the election during a Wednesday press conference.

"Last night as votes were still being counted, the president said this is a fraud on the American public, this is an embarrassment to our country. Do you think the president should be sowing doubt about the integrity of our elections," a reporter asked House Minority Leader Kevin McCarthy (R-CA).

"Your questions never change," he said for the third time.