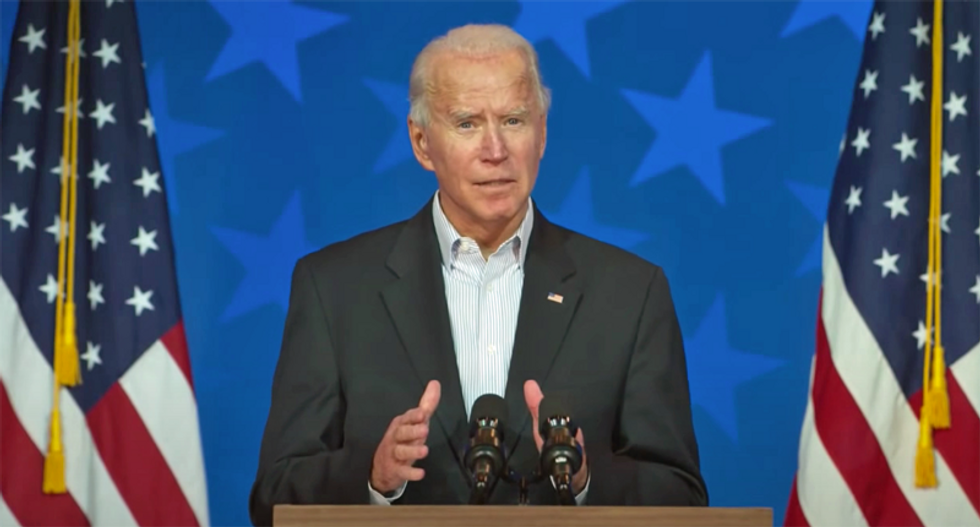 "Biden and [Kamala] Harris have been hunkered down in Wilmington, Del., for most of the day, waiting to see if calls would be made in remaining states that would put them over 270 electoral college votes," The Washington Post reported Friday. "Biden will probably talk about the progress he has made in the vote count since Thursday and their campaign’s confidence that he would soon be declaring victory, an aide said."

Biden on Friday became the first presidential hopeful in American history to get more than 75 million votes.

"Aides spent Friday making preliminary plans for him to speak again tonight on the presumption that he would be projected to have won over 270 electoral votes, the number needed to clinch the presidency. But now, an aide familiar with Biden's planned remarks said he will speak out 'not to declare victory but to give the kind of update he's done previously — with even more enthusiasm.' The former vice president has expressed confidence that he will ultimately win the race in previous brief remarks," CBS News reported.